GLEN INNES LEADERS GET A TASTE FOR POLITICS AT STATE PARLIAMENT 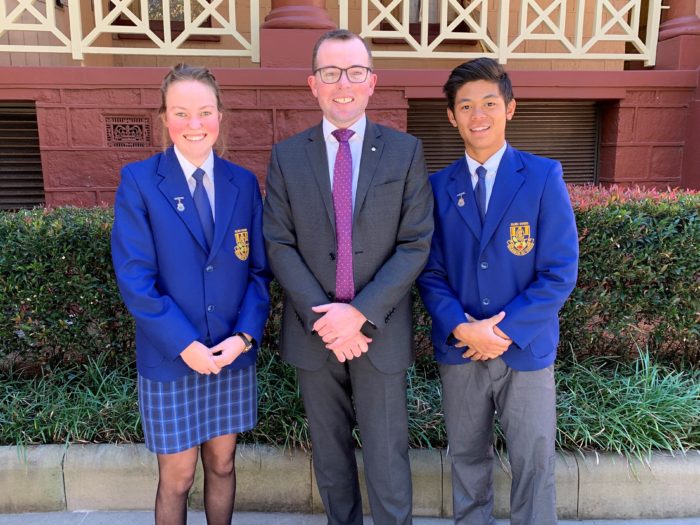 STUDENT leaders from Glen Innes High School have been given a taste of NSW politics in Sydney today, during a tour of the oldest Parliament in Australia.

School captains Naomi Eastwood and Alejandro Crossly were hosted by Member for Northern Tablelands Adam Marshall during a Secondary Student Leadership Program, conducted by the NSW Parliamentary Education Branch, which included a visit to Government House.

“Naomi and Alejandro were exceptional ambassadors for their school and the Glen Innes community.

Later in the day, the leaders were hosted by new NSW Governor Margaret Beazley at a reception at Government House.

“It was wonderful to meet Naomi and Alejandro and I hope they enjoyed their time visiting the ‘people’s parliament’ and learned a lot.”