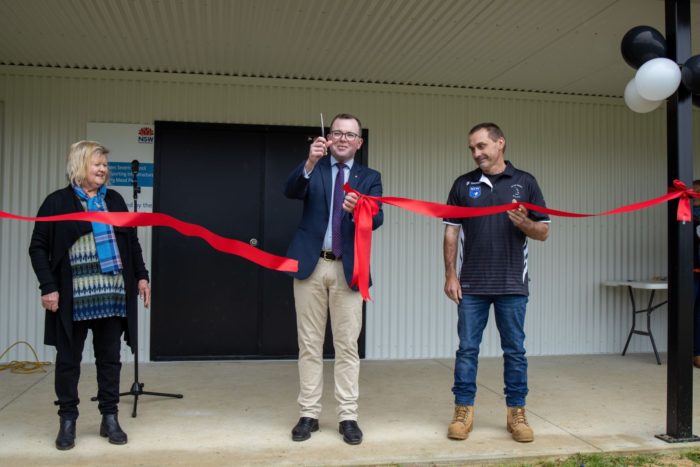 “Over a period of 10 months, rugby league fans have been delivered a facility which will allow men, women and children to safely, and more comfortably, get involved in the game they love,” Mr Marshall said.

“I personally see the new change rooms as the big victory for this project, with high quality men’s and women’s facilities delivered, equipped with showers, amenities and benches.

“The former amenities block was built around 1962 with common showers and no segregation between men and women, meaning it didn’t meet the standards expected in modern sport, especially with so many young women getting involved in league tag.

“When league tag returns in 2021 the women will no longer have to share a dressing shed with the men but will have their own change room, making it more comfortable for them to prepare for matches and warm down after games.

“I want to congratulate Council on the way it has managed this important project and acknowledge the various trades people who contributed to bringing the designs to life.

“Alongside the change rooms the facility has public toilets with disabled facilities, a referee’s area downstairs at ground level, with meeting room and time keeping and video monitoring areas upstairs.

“In many ways this new club house has secured a long term future for rugby league in Glen Innes, transforming it into a family game where Mum and Dad and their kids are all able to play.”

Cr Sparks said improvements to Mead Park would be a great boost for the town’s little sporting heroes their parents, grandparents, and supporters.

“It gives them a message the community cares about them and encourages them to exceed in their chosen sport, whether that’s soccer, footy, cricket, all the ball games, as well as running and jumping,” Cr Sparks said.

“From our community, a heartfelt thank you to Adam for his support of this project.”