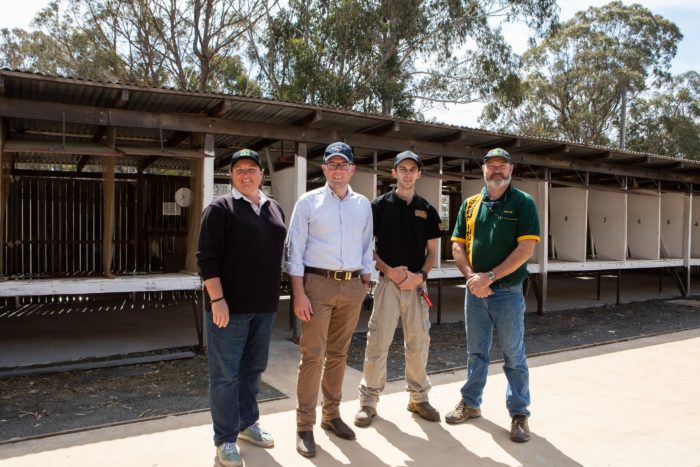 A NEW retaining wall to improve safety at the Glen Innes Pistol Club was completed just in time for one of its largest events, the annual September Open Shoot.

Northern Tablelands MP Adam Marshall attended day one of the event last weekend to inspect the $8,243 project, which was funded through the State Government’s Crown Reserve Improvement Fund.

“The old wooden log wall was built years ago but had rotted and were collapsing as a result of exposure to the weather and an infestation of white ants.

“The new fully reconstructed concrete block wall will be a permanent solution to weathering and deterioration issues meaning the club won’t have to continue with regular maintenance.

“The Glen Innes range has so much potential and last weekend’s two-day shoot highlighted exactly the type of events which could be hosted here now these safety works are complete.”

Club Treasurer Wayne Unicomb said the new wall took the range one step closer to being of a national standard.

“This funding came in the nick of time because we were incredibly worried the old wall was going to collapse and require costly ongoing maintenance,” Mr Unicomb said.

“Pistol shooting is a very popular sport and as we have seen by the nearly fifty competitors in town for this event it has the potential to bring lots of money into the local economy over a weekend.

“We are hopeful the sport’s governing body considers increasing our classification so we can host national shoots where records can be recognised and which bring more elite and top class shooters to the area.”