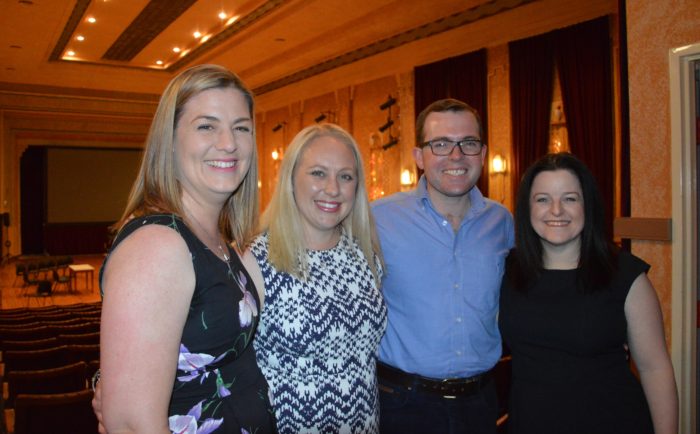 A GALA ball at Bingara this month shining a light on the issue of mental health has been given a great kickalong after Northern Tablelands MP Adam Marshall sought some funding to help the organisers stage the event.

The Unleash the Black Dog Black Tie ball on October 22 has been given $2,000 sponsorship after Mr Marshall asked Mental Health Minister Pru Goward for financial assistance towards the fundraiser.

Locals Sarah Crump, Angie Pritchard and Amanda Rose are the energetic ball champions who banded together to kick off the Black Tie-Black Dog ball, the first for the town.

These dancing queens say they’ve been blown away by local support for the ball and the ministerial grant funding has given the event an even bigger boost.

“This is great news for the ball committee,” Mr Marshall said.

“They have done a great job in organising it and they are doing so much good work in their community to raise awareness of mental health and reduce the stigma attached to suicide and depression.”

Mr Marshall was in Bingara last week to meet with the organisers to celebrate the good news, telling them Minister Goward had acknowledged the important contribution such events and fundraising committees made to local communities.

“The NSW Government strongly supports efforts to break down the stigma attached to suicide and depression and empower local communities,” Mr Marshall said.

“The Bingara ball bash sold out in four days and the 150 ball goers plus the 50 volunteers who are helping make the night are looking to raise a substantial amount to the cause.

“The organisers say they’ve had a terrific response for their tiered sponsorship packages, including from the Gwydir Shire Council and this has significantly boosted the fundraising expectations.”

Mr Marshall said the support was outstanding and demonstrated the depth of local awareness and understanding of depression and suicide.

He said the black tie ball was a good fit for Gwydir Shire Council’s social plan which identified the enormous cost and magnitude of mental health and suicide awareness in its local community – and the need to undertake activities to keep it safer.