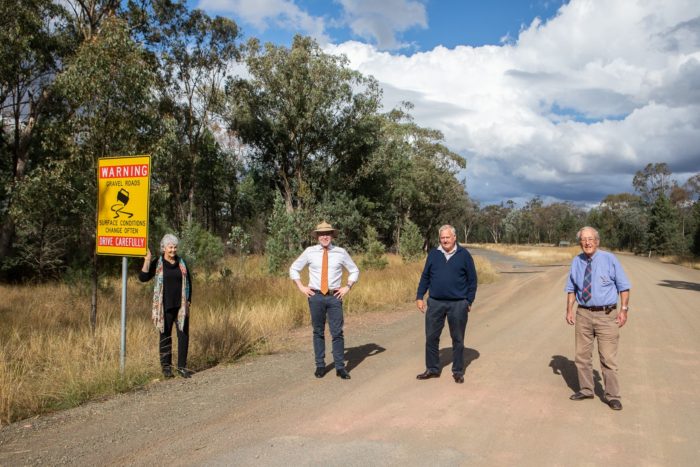 THERE’S been more buck in the unsealed Horton Road than at the iconic Upper Horton New Year’s Eve Rodeo, but all that is about to change with the announcement by Northern Tablelands MP Adam Marshall that $5 million will be invested by the State Government to bitumen seal its entire length.

“Christmas has come early this year for residents around Upper Horton with the community ecstatic they will soon have tar from the village all the way to Bingara and Narrabri,” Mr Marshall said.

“At the moment travelling Horton Road is a rough ride with high traffic and a lack of maintenance causing the surface to deteriorate.

“For farmers in the area sealing this road will result in a more efficient trip trucking livestock and produce to northern markets.

“It will also mean a much safer run for the many local families who travel Horton Road daily to go to work and access services in both Bingara and Narrabri.

“Council also anticipates the road improvement will help grow local tourism opportunities with more visitors able to access the picturesque Horton River or attend the many horse sport events which take place in the valley.”

“In particular upkeep during the drought was difficult, with a lack of water restricting what works could take place to address corrugation and dust.

“This will be a huge, but worthwhile, undertaking for Council, with our staff to do the primary construction works, while local contractors will be used of the winning and hauling of gravel.

“It is planned work will start in October this year and take about 15 months to complete.

“During that period I urge travellers to take it steady on Horton Road and drive to the conditions.