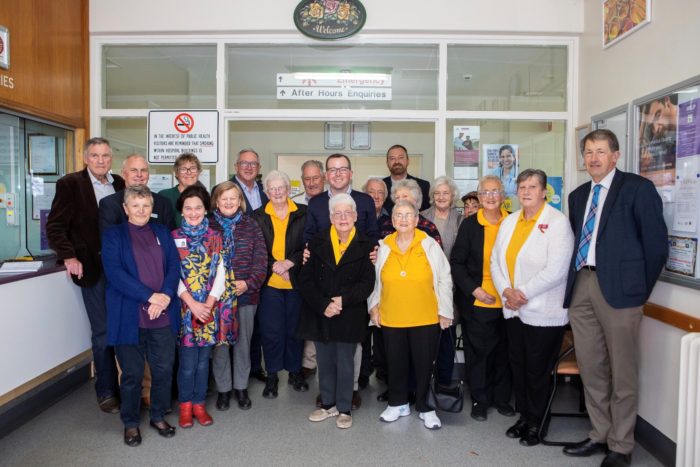 Mr Hazzard was in the region at the invitation of Mr Marshall, touring a number of hospitals and while in Glen Innes met with representatives from the Glen Innes Hospital Auxiliary and Glen Innes Severn Council.

Mr Marshall said the $20 million upgrade of Glen Innes Hospital was vital to securing the future of health services in the town and he was thrilled the Minister confirmed the election commitment to the project “would be delivered”.

“Through a petition and letter writing campaign the council and community called for and supported the upgrade in their thousands – now it is time to deliver it,” Mr Marshall said.

“During the election, the State Government pledged $20 million to remove the old nurses quarters, which is an eyesore, build new staff accomodation and refurbish the hospital to bring it in line with the other modern health facilities.

“During his visit the Minister saw how transformative this injection of funds will be and I thank him for his ongoing support to healthcare in our region – it means so much to the community.

The $20 million upgrade will come on top of a $500,000 project improving the hospital’s air conditioning and medical gas lines in 2017.

Mr Hazzard said the results of the petition showed him how important the the hospital and the upgrade project was to the community.

“In Armidale and Inverell the NSW Government has spent more than $120 million upgrading and redeveloping their hospitals and now it is time for Glen Innes’ turn,” Mr Hazzard said.

“The issue of attracting and retaining medical staff in rural areas exists across the entire state and if building new staff accomodation in Glen Innes increases the likelihood of practitioners staying then I think its money well spent.

“By improving the standard of accommodation facilities, I hope we will see more doctors, nurses and medical staff looking to taking postings in Glen Innes and maybe even move to town permanently.”

The project is expect to begin in the 2019/20 financial year.