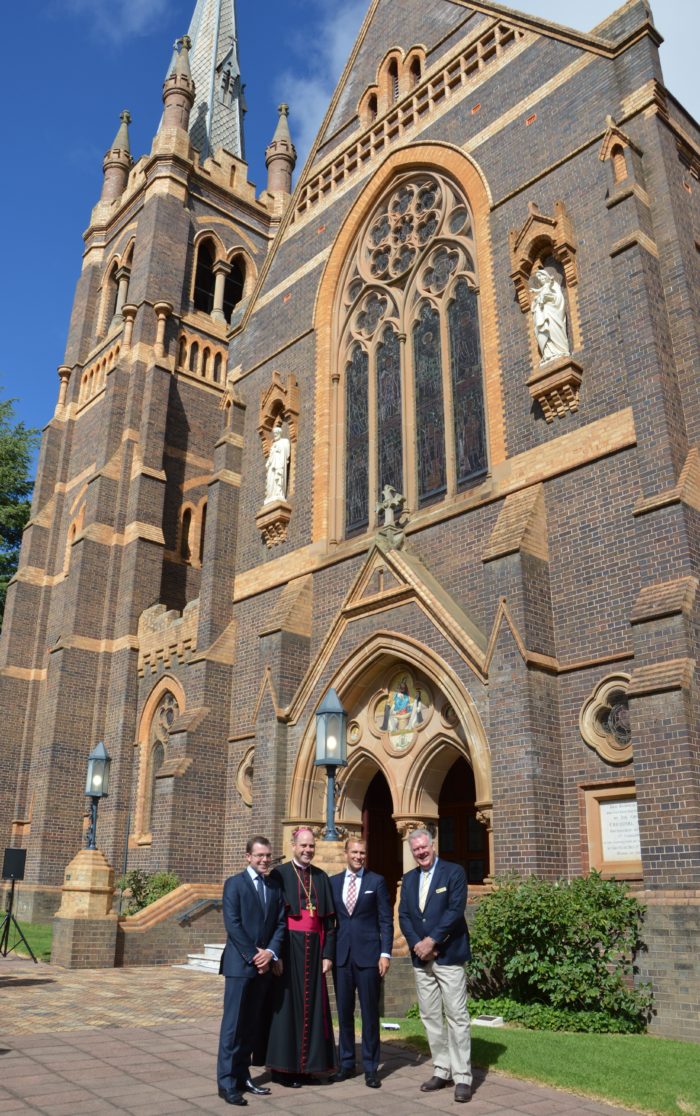 Mr Stokes said the cathedral was a landmark building for both the local community and for NSW as a whole.

“This grand and ornate building was considered to be the finest Catholic cathedral in Australia upon its completion in 1912, and today, it continues to be a particularly fine building in Armidale and NSW,” Mr Stokes said.

“It is also significant for its importance to today’s community, the Catholic congregation of Armidale and the wider Northern Tablelands district.

“Religion followed early pastoralists into the township of Armidale in the early 19th century and the first recorded Catholic service was conducted in 1848 by a travelling priest in a newly-constructed Catholic chapel.

“The original chapel stood at this very site, before the building we see here today was constructed.”

Mr Marshall said the cathedral represented the important part Catholocism played in the history of Armidale, and the community’s efforts to bring the building into being.

“The Catholic Diocese of Armidale was formed in 1869, one of the first established outside the major colonial posts of Sydney and Newcastle,” Mr Marshall said.

“Building this magnificent cathedral was possible due to widespread support and generous financial contributions from the community. This meant the cathedral was completed entirely debt-free, a mere 20 months after the foundation stone was laid.

“The inclusion of St Mary and St Joseph Catholic Cathedral on the State Heritage Register ensures the highest level of heritage protection for this historic precinct of buildings and ensures that its future management is supported with advice from the state’s leading heritage organisation, the Heritage Council of NSW.

“Today’s announcement is very significant as now both Anglican and Catholic Cathedrals are heritage protected, after the Church of St Peter Apostle and Martyr Precinct was State listed in March last year.”