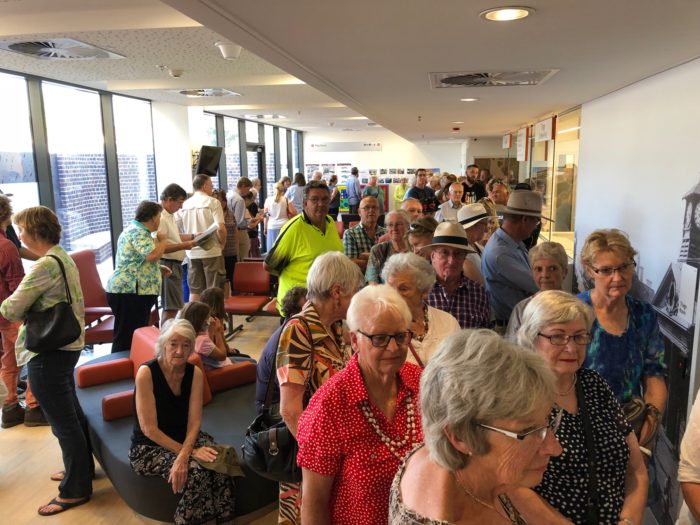 ALMOST 600 people from Armidale and across the region enjoyed a behind the scenes view of the completed first stage of the $60 million Armidale Hospital redevelopment during a community open day at the weekend.

The new four-storey hospital building, the central part of the redevelopment, threw open its doors, giving people from around the district an opportunity to see the future of the region’s healthcare first-hand.

Member for Northern Tablelands Adam Marshall joined the tours with the community, walking through the new and expanded Emergency Department, General Medical Unit and medical wards.

He was delighted with the strong turnout of locals at the open day and said the feedback was overwhelming.

“Everyone was quite taken back with the extra space, quality of the new facilities and increased capacity,” Mr Marshall said.

“The feedback was overwhelmingly positive, especially from those who had worked in the hospital or spent considerable time as patients. There is no comparison between the quality of the new building and the old hospital.”

“The community has watched over the last 15 months as this giant building has taken shape and everyone was impressed by what they saw on the inside.”

Mr Marshall said the new facilities would begin being used and admitting patients from next week.

“Medical staff have begun acclimatising to the new workplace from today, learning about new equipment, facilities and processes in the new building,” he said.

“From next week, medically sensitive areas will be sterilised to a clinical standard and staff will transition to the new building as it becomes an operating hospital.

“After a decade of discussions, from next month this new facility will no longer be a distant ambition or a construction project it will simply be Armidale’s Hospital.”

“This work will continue for most of the year, now that the new building has been completed,” Mr Marshall said.