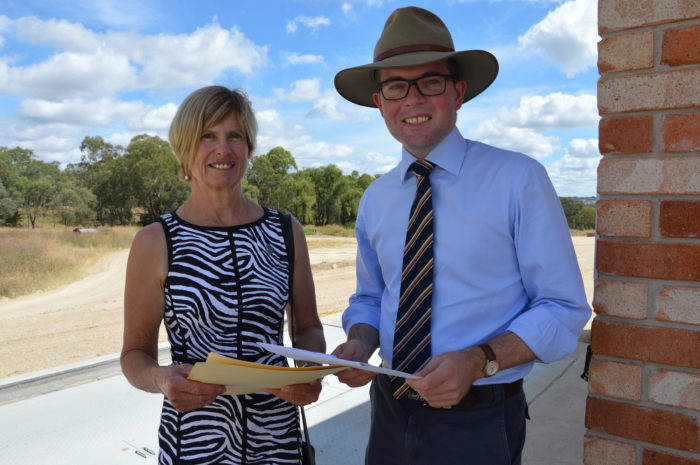 INVERELL’S CWA Branch has received a $5,500 grant from the Premier Mike Baird to help cover the cost of a keynote speaker for their Domestic Violence Professional Development forum in April, Member for Northern Tablelands Adam Marshall announced today.

Mr Marshall presented the cheque to CWA Secretary Pam McLeay today in Inverell and congratulated the branch on their proactive approach to help increase awareness of domestic violence in rural NSW.

“The CWA has partnered with Rape and Domestic Violence Services Australia to help reduce and eventually eliminate such violence in our communities and I’m delighted the Premier responded to my request for funding and offered this financial support,” Mr Marshall said.

“According to crime statistics, Inverell is in the top 20 locations in the state for incidents of domestic violence so it was selected as one of 16 regional towns to host a Domestic Violence Professional Development Forum.

“The forum will target those, who in the course of their employment, may have someone tell them they have been the victim of sexual assault or domestic violence.

“This includes, but is not limited, to health and welfare workers, emergency services and police.”

“Domestic violence is a whole of community issue and it is critical the community works together to prevent it.”

Inverell CWA Branch Secretary Pam McLeay said the forum organisers greatly appreciated the funding support from the Premier and the interest he had shown in the issue.

“We are also very grateful that our local MP, Adam Marshall, took our request for funding support directly to the Premier in the first instance,” Mrs McLeay said.