INVERELL CYCLISTS ON A ROLL WITH SHARED PATHWAY EXTENSION 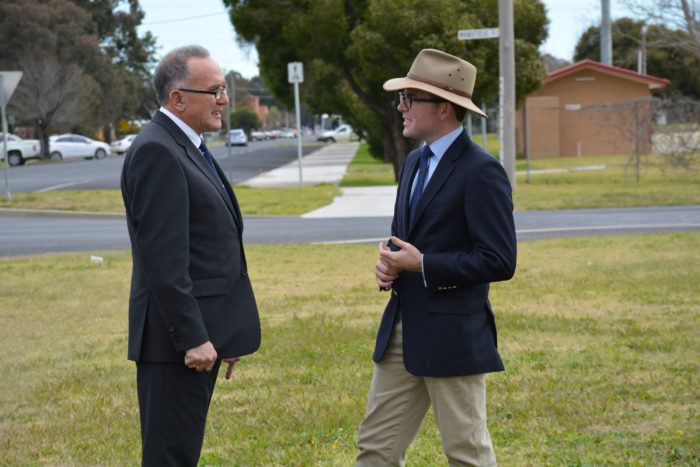 CYCLISTS and runners will soon be able to travel from Inverell’s Varley Oval to the CBD without ever leaving a pathway, thanks to a $140,000 extension to the town’s extensive cycleway network soon to get underway.

“This project will add to Inverell’s existing and extensive shared footpath network, connecting Varley Oval, Inverell Public School and the town’s tennis courts to the CBD for the first time,” Mr Marshall said.

“This is one of the few gaps in the town’s extensive 14 kilometre cycleway network and its completion will mean cyclists young and old will be able to travel across the city without having to compete with traffic.

The off-road cycleway will be 2.5 metres wide, running along Rivers Street from Mansfield Street to Wood Street, then along Wood and Henderson Streets to reach Inverell Public School.

Mr Marshall said he expected the Inverell community to make good use of the connection.

“Inverell is a major hub for cycling in the region and council has done an excellent job of making it a viable alternative to driving or using public transport,” he said.

Acting Mayor Anthony Michael said that providing improved cycle ways and footpaths had been a high priority for council.

“Cycling is a very good activity – any person can ride a bike, and it opens the town up to all ages in the community,” Cr Michael said. “It’s not just an elite group as anyone can hop on a bike and get around the town.

“By constructing this section, riders can go right around the town and it keeps them off the road which is a safety concern. It’s nice and wide, which makes it comfortable.”