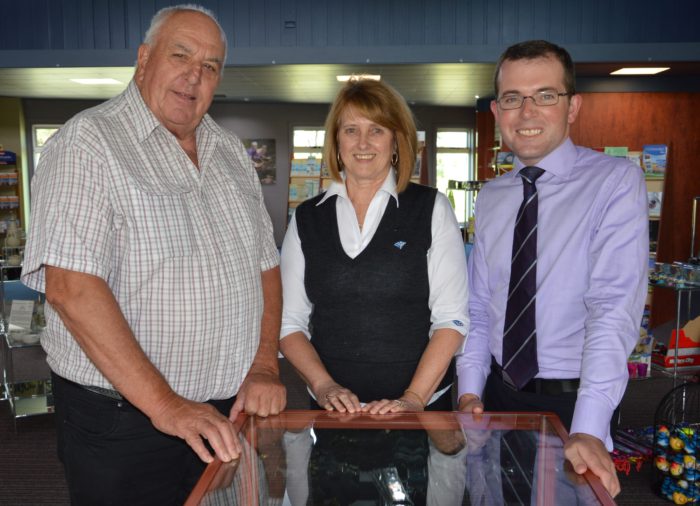 Mr Marshall said the Inverell chapter of the People to People International group (PTPI) had received support through the Multicultural NSW Celebrations program and he was delighted the funding would allow the group to better advertise the festival and inform the community of the wonderful day they have planned.

“I had the pleasure of attending the inaugural festival last year in Campbell Park and it was a resounding success with more than 1,300 people attending and 14 international countries represented,” Mr Marshall said.

“This year organisers believe over 1,700 people will attend next month and expect to have about 25 nationalities setting up food stalls and involved in various cultural activities.

“Inverell Shire Council has been very supportive and I’m pleased to see the NSW Government has come on board and helped with the costs incurred in advertising the event.

“Inverell has a lot of residents from many different backgrounds and it is great to see this diversity celebrated with people given the opportunity to show off their cultural vibrancy.

“These events are so important in developing inter community harmony and understanding and is increasingly relevant for Inverell which has experienced significant growth in CALD (Culturally and Linguistically Diverse) residents over the past five years.”

“We were thrilled with the success of our first festival last year and expect it to be even bigger this year,” Mrs Eshman said.

“Everyone who attended had an amazing time, a highlight being the food stalls, nine nationalities were selling food samples and they were so popular they sold out very early in the day.

“We are really looking forward to this year’s festival and thank Adam for his support.”