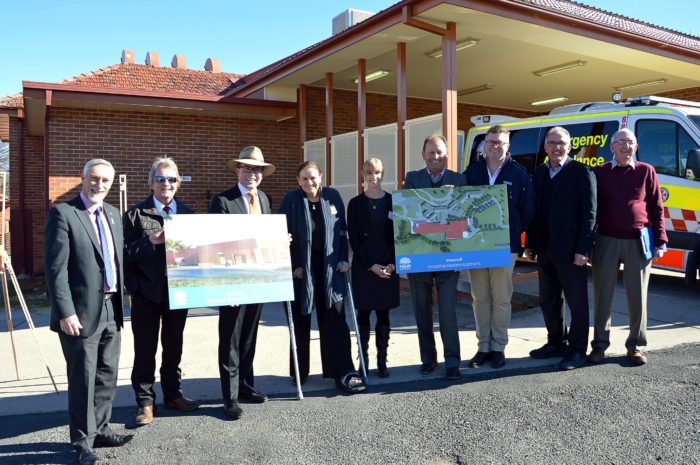 “I’m delighted to announce that following a public tender process Richard Crookes Construction has been awarded the contract for first stage of the Inverell Hospital redevelopment,” Mr Marshall said.

“The company is familiar to many in the region and has strong track record in the bush as the builders of the new Narrabri and Tamworth hospitals and the current $60 million Armidale Hospital redevelopment.

“I am excited that the Inverell community now has the opportunity to work with this company to deliver this critical health project and take full advantage of the economic opportunities for local business and tradies.

“To have this level of expertise drive the construction will be invaluable to delivering this facility on time and completed to the highest standards.”

Mr Marshall said locals would have the opportunity to work during the project’s construction and local businesses the chance to tender for sub-contract work.

“Similar to the Armidale Hospital project, the focus will be on keeping as much of the money for the new hospital local,” he said.

“Local tradies and businesses will have the chance to tender and quote for work from concreting, plumbing, supply of windows and fittings to painting and everything in between.

“It’s a fantastic opportunity for the entire town to be involved in the build and the government has mandated that 20 per cent of all workers on the site must be apprentices to up-skill our local young people.”

Mr Marshall said construction on the first stage would begin onsite next month, with a formal sod turning ceremony scheduled in a matter of weeks.

The $30 million second stage of the redevelopment, secured in the recent NSW Budget, is being designed by NSW Health Infrastructure and Mr Marshall expects the tender to go out publicly for the works before Christmas this year.

Mr Marshall thanked and paid tribute to the unwavering strong support of the Inverell community for the redevelopment of the hospital.

“It has been a tough slog at times to get this point and more than a few times many thought we would never get to this day,” he said.

“Now we have a builder and we are just weeks a way from seeing ground broken on this project – it is incredibly exciting for everyone involved and the Inverell community.”