INVERELL IN THE ‘NATIONAL’ FOCUS FOR CENTENARY CONFERENCE 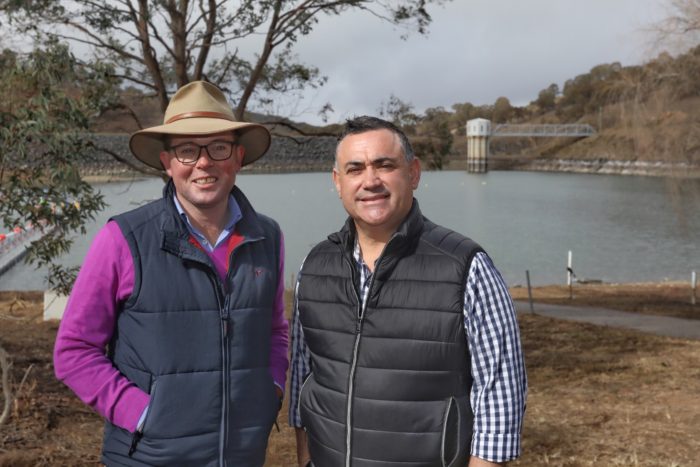 INVERELL will be playing host to more than 500 delegates attending the NSW Nationals’ annual conference over the next four days and Northern Tablelands MP Adam Marshall says it’s an opportunity to showcase the community to people from right across NSW.

Mr Marshall welcomed the Deputy Premier John Barilaro and other delegates to Inverell this morning before the start of the conference.

“This is a wonderful opportunity for the Inverell community to shine on the ‘national’ stage and showcase our spectacular region and attractions,” Mr Marshall said.

“With the party celebrating its 100th anniversary year, this conference is special and has attracted a large number of people from all corners of the State.

“Inverell has always punched above its weight and now the focus of the entire National Party will be on this burgeoning regional centres for the next four days – it’ll be great!”

Mr Marshall said hosting the state conference was also another feather in the cap for a community that’s on the move and strong vote of confidence in the region.

“The Inverell business community were very supportive of the bid for the conference and now they’re set to benefit hugely, with every room in town booked out and local restaurants and shops set to receive lots of attention over the next few days.

“With around 500 delegates, along with their partners, this conference will be a huge shot in the arm for the Inverell economy during this incredibly tough time.”

Mr Marshall said the conference would be made all the more special with the retirement of Inverell-based Senator John ‘Wacka’ Williams.

“Wacka has passionately and personally driven this bid for the conference and it will be a fitting way for him to bow out of public life and a chance for us to acknowledge his contribution in the Senate in his home town,” Mr Marshall said.

“This is our chance to show off our region and at last, I will get to show all my parliamentary colleagues that it isn’t all talk – our region is the best place to live and work….and hold conferences!”