INVERELL LEADERS GET A TASTE FOR POLITICS AT STATE PARLIAMENT 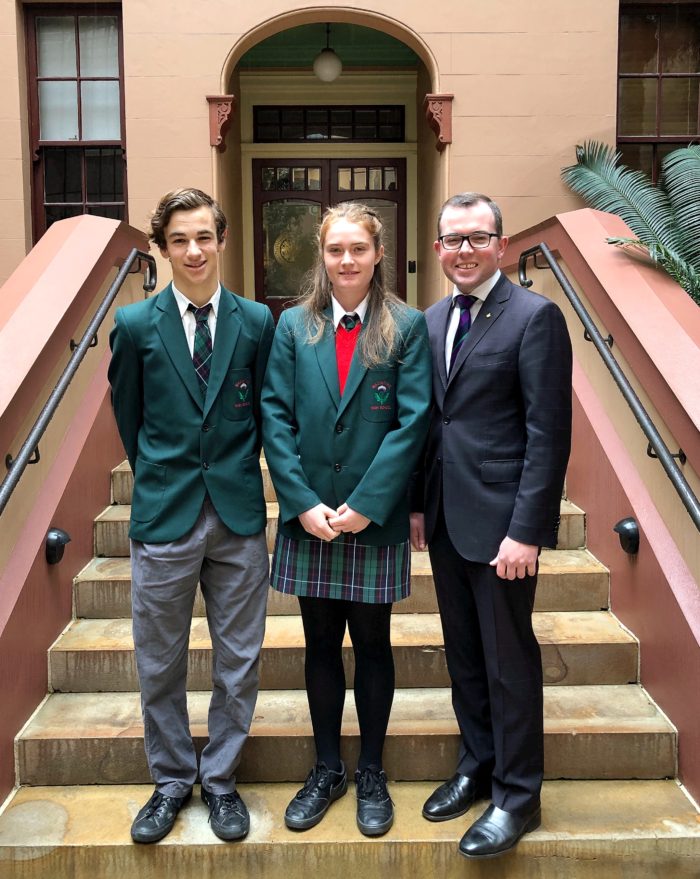 STUDENT leaders from Inverell and Macintyre High Schools got a taste for NSW politics yesterday in Sydney, during a tour of the oldest Parliament in Australia.

“Alexandria, Brooke, Jack and Andrew were exceptional ambassadors for their schools and the Inverell community.

“It was wonderful to meet Alexandria, Brooke, Jack and Andrew and I hope they enjoyed their time visiting the ‘people’s parliament’ and learned a lot.”