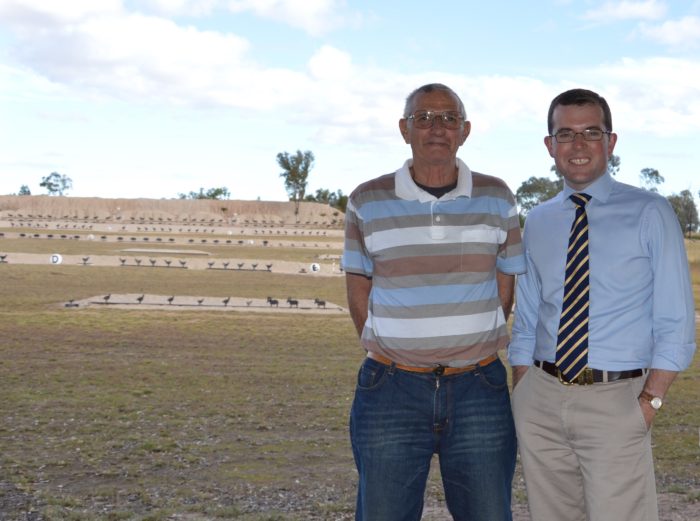 Mr Marshall delivered the good news to club members while visiting the facility at the weekend.

“I’m very pleased the club was successful in its application for funding,” he said. “The Delungra range is very impressive and I commend the club for continuing to improve its facilities and maintain the reputation as one of the top pistol ranges in Australia.

“The range is used on a rotation basis for state and national competitions and next year they will be staging the NSW state titles. Some club members are of national standard and many visiting shooters compete at an international level.

“This particular site is a metallic silhouette range – the targets consist of boars, chickens, turkeys and strangely enough, rams. They collapse when struck cleanly.”

Mr Marshall said the club would now embark on a $24,000 project to reposition the range to ensure greater safety for the fall-out zone.

“They will centralise the range mounds, build an additional side mound and add two smaller bore ranges,” he said. The fall-out zone around the range extends across four neighbouring properties so the club is taking these extra measures to ensure the safety for those properties.”

Club secretary Sue Shoemark said the range was well used and attracted about 45 regular club shooters to their competitions.

“The range is utilised by another local club so it’s busy here every weekend,” Mrs Shoemark said.

“We’re very pleased to have received this funding – we want to improve the standard of the range for our local and international shooters.”