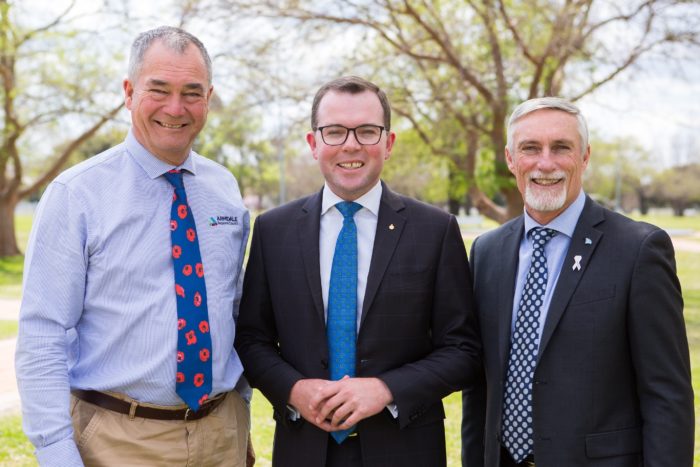 The 800 square kilometre boundary change agreed to by both councils and local residents was formally accepted by the NSW Governor in February this year and has been celebrated as a great success by Member for Northern Tablelands Adam Marshall.

Mr Marshall said today marked the end of a nearly four-year process which started in 2016 with a petition launched by the Tingha Citizens Association.

“This outcome is the direct result of people power and reflects the common interest the people of Tingha share with the nearby community of Inverell,” Mr Marshall said.

“Inverell Shire has already begun contacting all residents to make them aware of the change and the exciting plans council has to upgrade local community facilities and roads.”

Mr Marshall acknowledged the work and cooperation of both councils in working through the long and difficult process.

“The leadership exhibited by both Mayors Simon Murray and Paul Harmon and their respective senior staff on this issues is an absolute credit to both organisations,” he said.

“This boundary adjustment has been considerable in its scale and required much scrutiny by the NSW Office of Local Government (OLG) so both councils and local community achieved an outcome which benefited all parties and I thank everyone involved for that process for their patience.”

The boundary change proposal was the subject of a 2016 petition by the Tingha Citizens Association Incorporated (TCAI) to alter the former local government area of Guyra to transfer the township of Tingha into the Inverell Shire LGA.

The subsequent merger of Guyra and Armidale and then the inaugural election of the new council delayed consideration of the proposal.

“Council has certainly had some very fruitful discussions with the Tingha Citizens Association and we are very willing to work with residents to deliver on community agreed priorities,” Cr Harman said.

“I am pleased to advise all rates raised in the transition area will be spent within that area of the community and Council will not be taking any portion of this income to fund Council administration costs.

“Over the coming weeks, Council will be undertaking upgrades to the Tingha Gems Caravan Park, including installation of solar lights, internal roads, entrance and grey water system.

“Inverell Shire Council has also taken on two Tingha based staff members, formally of Armidale Regional Council, and looks forward to the wealth of local experience both employees bring to its team”