KICK OFF FOR $471,770 REDEVELOPMENT OF GLEN INNES’ KERRY MEAD PARK 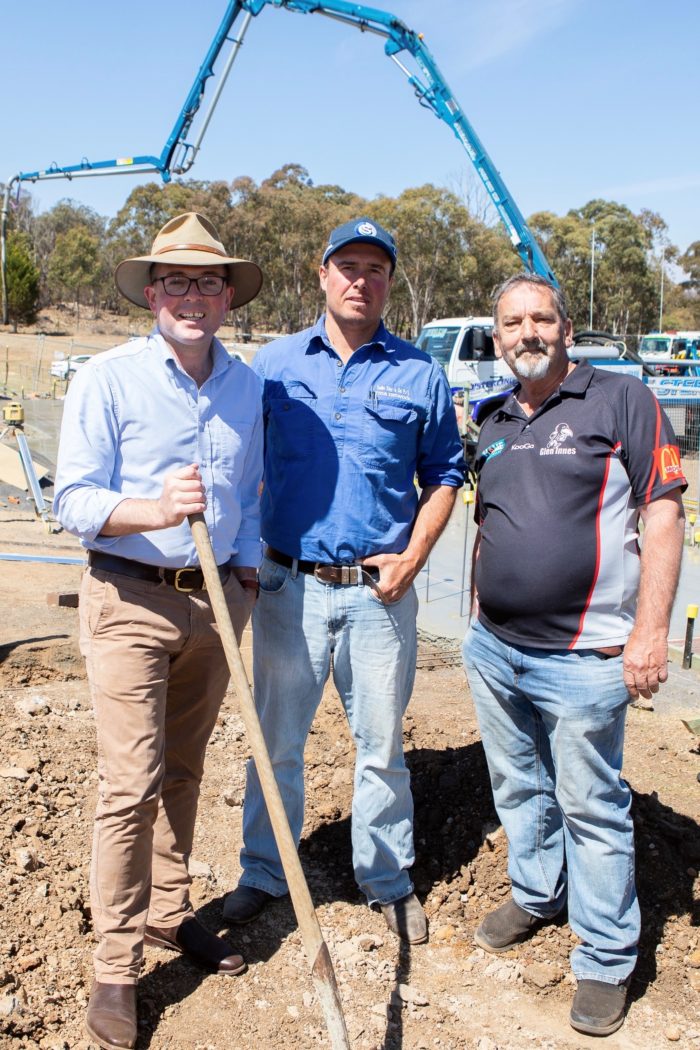 Mr Marshall said the precinct would undergo a major expansion allowing it to accommodate growth in junior rugby league and women’s league tag.

“When it comes to the game of rugby league in Glen Innes it’s more than just a sport, it’s a way of life,” Mr Marshall said.

“This year Glen Innes Magpies not only made the Group 19 grand final in first grade and women’s league tag but the side hosted the show down at Mead Park, highlighting to the region the potential this ground has to offer.

“Through this development Glen Innes Severn Council aims to realise that potential by installing two new sporting fields with secure water and drainage system and a new amenities block, all of which will be complete by the start of the 2020 season.

“I personally see the new change rooms as the big score for this project with the plans consisting of four change rooms, public toilets with disabled facilities, and referees areas downstairs at ground level, with time keeping and video monitoring areas upstairs.”

“For the past two seasons the Glen Innes Magpies women have made their presence felt making consecutive grand finals,” Mr Marshall said.

“The current amenities block was built around 1962 with common showers and no segregation between men and women meaning it really doesn’t meet the standards expected in modern sport.

“In 2020 the women will no longer have to share a dressing shed with the men but will have their own change room, making it more comfortable for them to prepare for matches and warm down after games.

“Local rugby league stalwart Pat Lonergan has told me multiple times how important these facilities will be in making local rugby league a family sport with Mum and Dad and their kids all able to play in Glen Innes.

“This really is a game changer for the future of both junior and senior rugby league in Glen Innes and I look forward to cheering on the Magpies when the ground is officially opened next year.”