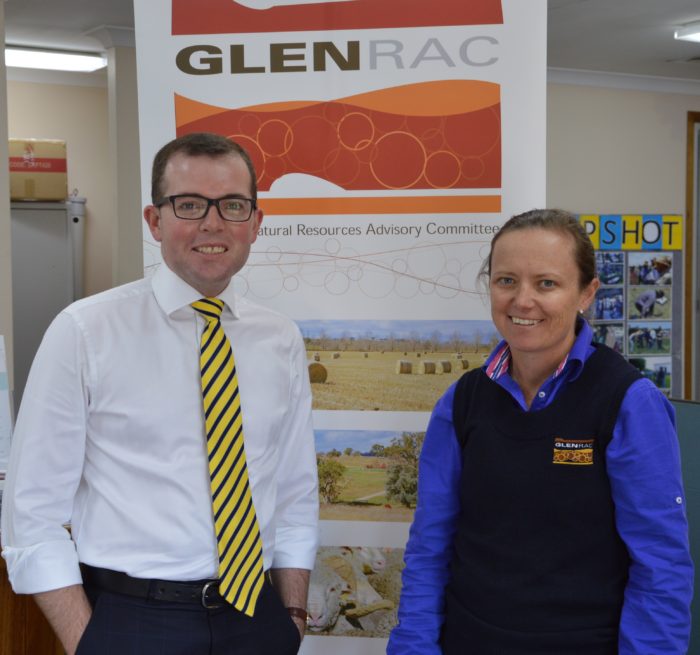 “The position of Landcare co-ordinator has traditionally been funded by the Local Land Services,” Mr Marshall said.

“Over the last couple of years this funding has been subject to severe financial constraints so I’m very pleased to announce this funding will enable GLENRAC to continue with the job of empowering local landholders to improve their local environment.”

Mr Marshall said a diverse range of not-for-profit organisations will help deliver support to the hard-working Landcare volunteers in the region and in communities across NSW.

“The appointment of Kylie signals the successful fulfilment of stage one of the initiatives that have been designed to build capacity and connections within local communities and increase the effectiveness of the Landcare network,” he said.

“The co-ordinators met recently in Newcastle this week for an induction program that signaled the development of a community of practice to bring together, ideas, innovation and training concepts across the state.

“This initiative has been designed to develop a stronger network of Landcare and community groups and to find a sustainable model to ensure Landcare’s future viability.”

“Over the last couple of years there has been a shortfall in our funding so we would like to thank the NSW Government for addressing this situation and the Landcare coordinator’s position in Glen Innes is now guaranteed until the end of 2018,” Mr Benton said.

“The GLENRAC Board wishes to thank Adam Marshall, the NSW Parliamentary Friends of Landcare Committee and the government for this support and recognition of the achievements of Landcare.”