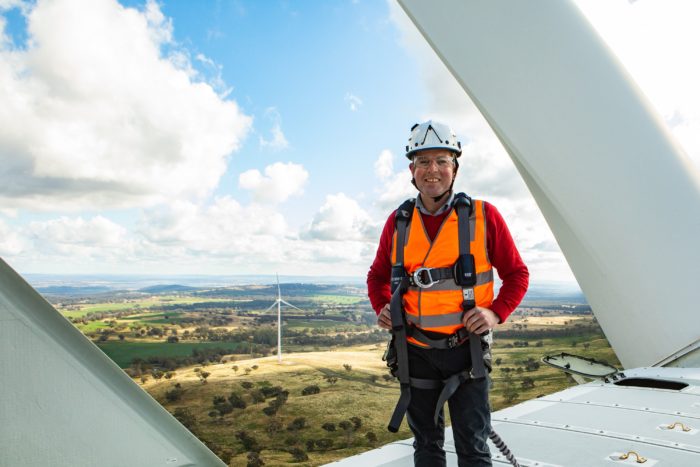 Member for Northern Tablelands Adam Marshall said companies had until next Friday, 16 July, to register their interest with the State Government to be part of the New England Renewable Energy Zone.

ENERGY companies looking to develop projects in the 8,000 megawatt New England Renewable Energy Zone (REZ) have until next Friday to make themselves, and their plans, known to the State Government, Northern Tablelands MP Adam Marshall announced today.

Mr Marshall said the formal the registration of interest (ROI) process, which opened last month, would close next Friday, 16 July, and would give the first true indication of market interest for renewable energy development in the region.

“The New England has some of the best natural energy resources in the country, and through this ROI process the State Government will be provided a clear picture as to the project types and locations investors want to plug into,” Mr Marshall said.

“Companies are required to provide information regarding the project type (wind, solar or hydro), proposed location, scale and economic value.

“They will also be asked to nominate additional infrastructure associated with the project, such as roads, as well as how they intend to connect to the grid.

“All submissions will be treated as commercial in confidence.

“To date, this is one of the biggest steps in this REZ process, with the ROI ensuring the design and delivery of the REZ reflects the unique features of our region and protects our precious local assets, such as our highly productive agricultural land.”

The New England REZ is a fundamental part of the NSW Electricity Infrastructure Roadmap which is expected to deliver $32 billion in private investment, 6,300 construction and 2,800 ongoing jobs, mostly in regional NSW.

Mr Marshall said the State Government had committed $78.9 million to support the development of the New England REZ which is set to become Australia’s largest.

“The 8,000 megawatt New England REZ is a fundamental part of our Electricity Infrastructure Roadmap and we expect it will deliver around $10.7 billion in private investment, around 830 operational jobs and 1,250 construction jobs to the local economy,” Mr Marshall said.