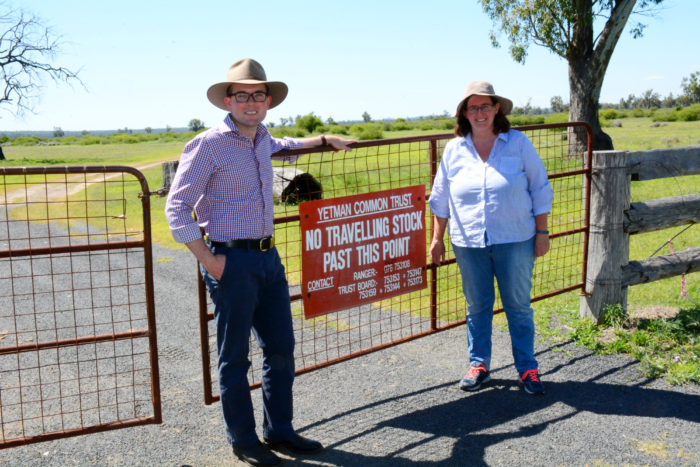 TIME’S up for a massive infestation of Mimosa at the Yetman Common, with the NSW Government providing $28,578 in funding to decimate the noxious weed.

“While Mimosa’s delicate yellow flowers may add some colour to the Yetman Common, the invasive plant frustrates stock management and has grown out of control in recent years,” Mr Marshall said.

“This funding will allow a spraying contractor to tackle the infestation, applying herbicide in important areas of the common to significantly dent the ever growing mass of spiky bushes.

“In limited numbers Mimosa can be eaten by stock and can provide some useful shade in summer, but the density seen at Yetman makes mustering animals difficult and presents a biosecurity hazard for nearby properties.”

Yetman Common Trust Secretary Deborah Hill said that after consultation with experts including Local Land Services and Inverell Shire Council, March or April next year was chosen for maximum effect.

“We’ll spray around the watering points and the lagoon which runs along the length of town, which will help after rainfall,” Ms Hill said.

“There are some really thick areas, so we’ll be able to target those to allow our stock to move freely.”

Mr Marshall said spraying would begin at the end of summer, with a local contractor to poison 15 hectares of the most seriously affected country.

“A clearer Yetman Common will be significantly more productive for the farming community, better for the local environment and reduce frustrations for the Reserve Trust,” Mr Marshall said.

“Next year will see a significant reduction in the spread of this noxious weed, as we chip away at its unchecked growth. The war against mimosa won’t be won in one go but this funding is the first step.”