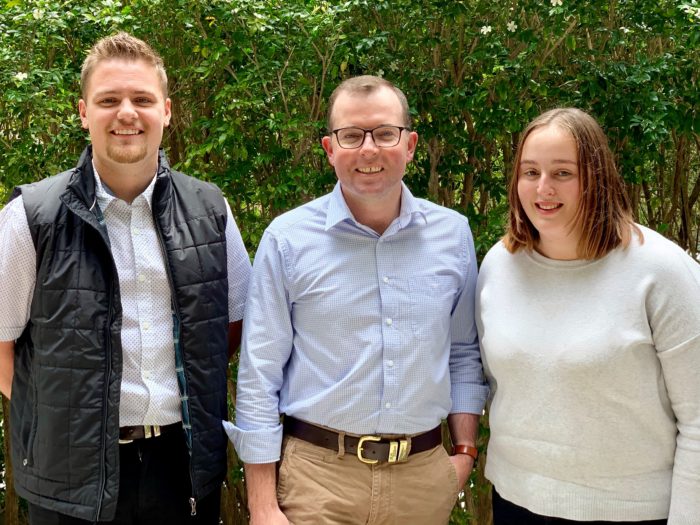 Mr Marshall caught up with the 22-year-old student during the Taskforce’s first meeting in Sydney over the weekend, where attendees discussed the key issues facing young people in rural and regional NSW.

“The Youth Taskforce has been established to support the NSW Government’s efforts to improve outcomes for regional youth and I’m glad our region has such a strong advocate in Laura,” Mr Marshall said.

“Laura is an incredibly active member of the community through her role as Deputy Chair of the Armidale Regional Youth Advisory Committee and Youth Participation Co-ordinator at Headspace Armidale.

“It was a pleasure to meet Laura and the other sixteen participants and hear from them about the causes that they want to champion as members of this group.”

Mr Marshall said as someone who entered local government at the age of 19 he would have loved to have a similar opportunity.

“There are not enough avenues in for young people rural NSW to express their views on the issues which impact them,” Mr Marshall said.

“The government needs to hear from our young leaders exactly what reasons are causing them to relocate to metropolitan areas so it can work to fill those service gaps.

“The survival and prosperity of our regional towns relies on the young people of today and so it makes sense to give those people a voice at the highest levels of government.”

The Regional Youth Taskforce will meet four times a year.

The NSW Government is also reviewing applications for round three of the Stronger Country Communities Fund, with half of the available $100 million in funding to be allocated to youth related projects and programs.