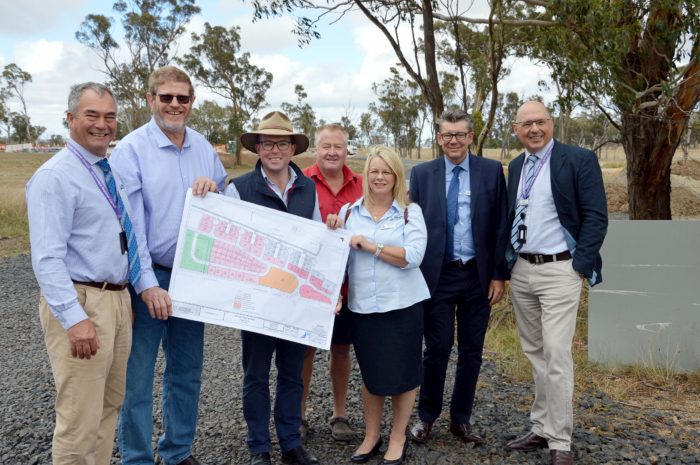 “Today is culmination of years of hard work, hundreds of millions of dollars of investment in new health, education and water infrastructure and services in the region and the realisation of a grand vision to drive jobs growth and economic development,” Mr Marshall said.

“This project is all about attracting business here, creating hundreds of new jobs and realising the vast economic potential Armidale has always had, but never achieved.

“The vision has always been to make Armidale the economic powerhouse it always should have been and has the potential to be.

“With more than 200 new jobs set to created with the development of the park, this would be the biggest jobs creation project Armidale has seen for decades.”

“Council has done a great job with the proposal and also ensuring the new $3 million roundabout on the New England Highway will be completed shortly to provide access to the park, the airport and the iconic Saumarez Homestead,” Mr Marshall said.

Mr Marshall commended Armidale Regional Council for putting together to business park proposal and said the $6.5 million would allow council to subdivide 17.5 hectares of land to the immediate south of the airport, building roads, utilities and amenities to cater to up to dozens of new industrial and commercial lots.

Mr Marshall said council was already in discussions with around 15 businesses that were keen to purchase areas of land if it was made available.

“This park project will be instrumental in diversifying Armidale’s mix of industries and local economy,” he said. “Developments like these appeal to a huge amount of companies, from freight and logistics to companies looking for office spaces conveniently located next to a major regional airport.

“The business park will be yet another major positive project for the region and dovetail in with the airport terminal upgrades, the TAFE NSW Digital Headquarters, the Armidale Secondary College, the hospital redevelopment, Malpas Dam to Guyra Pipeline and move of the APVMA to the region.