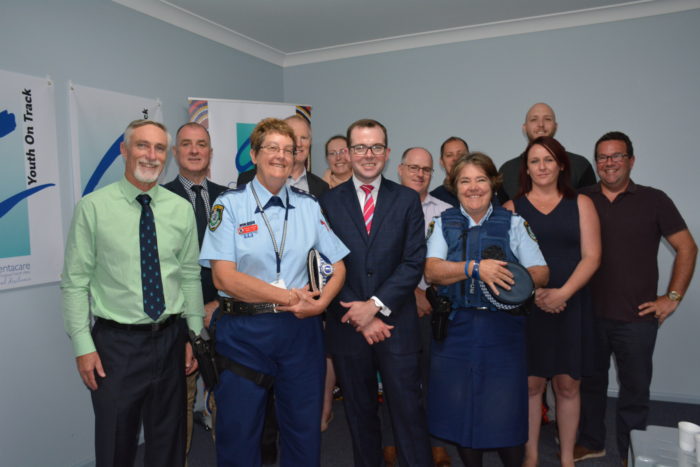 Youth on Track has received scores of referrals from local schools and police youth liaison officers since commencing late last year. The demand for services continues to grow as part of the $14.5 million state government initiative to help break the cycle of crime.

The scheme is designed to coordinate services for 10-17 year old young offenders at risk of long-term involvement in the NSW justice system.

“Keeping youth out of the justice system is vital not just for community safety, but also in ensuring young people have a future we can all be proud of,” Mr Marshall said.

“Centacare NENW Youth on Track scheme may be in its initial stages – but is already showing promise. Almost 40 young people have been referred over the difficult Christmas period. As Centacare expands the scheme I look forward to seeing how it will help address youth recidivism in Inverell and Armidale complimenting the work of organisations like Backtrack,” he added.

“Good justice involves a more nuanced approach than just incarcerating young offenders. Research shows that early intervention can have a profound impact on young people’s lives – assisting them in finding a path away from criminality. Teachers and police can identify young people at risk, and refer them to social support programs to address behavioural problems that may be leading them down the wrong path.

“No one is born a criminal, and everyone makes mistakes. Through Centacare’s Youth On Track scheme , we can offer young people a chance to turn their lives around. This will ensure that young people can be put on a path that betters themselves and the community at large.”

Centacare NENW CEO Fergus Fitzsimons said the Youth on Track team were an integral part of the scheme.

“We have a strong team based in Inverell, Armidale, Tamworth and Gunnedah – they are experienced and passionate about working with young people and their families to help turn their lives around,” he said.

“Every young person has a different story to share, and sometimes they have come from a very sad, violent, and hopeless place. This funding helps those who are at risk of long-term involvement in the criminal justice system to make real changes to their lives.

“Our case managers are helping young people and their families address a range of different social needs, reducing contact with the criminal justice system through case work, and interventions tailored for each young person.”

Established Youth on Track schemes report almost 90 per cent of young people who have participated have either stabilised or reduced their contact with Police and 53 per cent reduced their offending risk factors after three months.