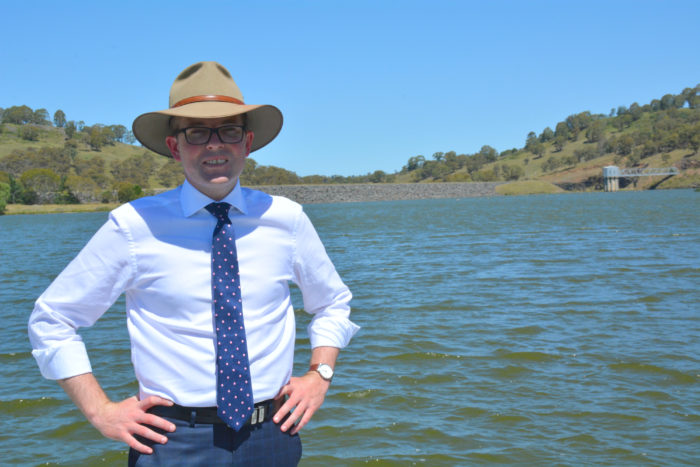 NORTHERN Tablelands MP Adam Marshall has stepped up pressure on the NSW Government for $10.5 million funding for a pipeline from Malpas Dam to Guyra and new upgraded water treatment facilities.

The local MP wants an urgent fix to a problem that residents say often gives them foul and discoloured water supplies.

Mr Marshall said yesterday that he had continued to lobby for action since introducing a notice of motion in February this year for the Government to fix Guyra’s water woes.

Mr Marshall said that despite news last week that the project would not receive any funding from the federal government, efforts to source NSW money weren’t being watered down – and in fact had been hardened with a resolve to turn the tap on for the Guyra community.

“There’s an urgent need to permanently upgrade Guyra’s water quality and security and a $10.5million Guyra to Malpas Dam water pipeline and new treatment facilities will do that – so that’s the end target for both me and the whole Guyra community,” Mr Marshall said.

“None of us wants any further delays to this project – Armidale Regional Council is ready to start construction and all that remains is to get the funding to break ground on a piece of vital infrastructure.”

“This problem arises every time the town’s storage levels fall and with Guyra using far more water than is available in storage, this risks becoming a regular occurrence without immediate intervention,” he said.

“But a pipeline and the construction of a new treatment plant to replace the old one will permanently resolve those issues. This will not only benefit every resident who uses town water, but also help provide infinite capacity for Guyra’s expanding horticultural industry.

“This project is critical to unlocking Guyra’s growth potential and I will not allow it be put to one side by the government.”