MARSHALL LEADS $107,000 THROUGH THE GATE FOR COOLATAI SPORTSGROUND 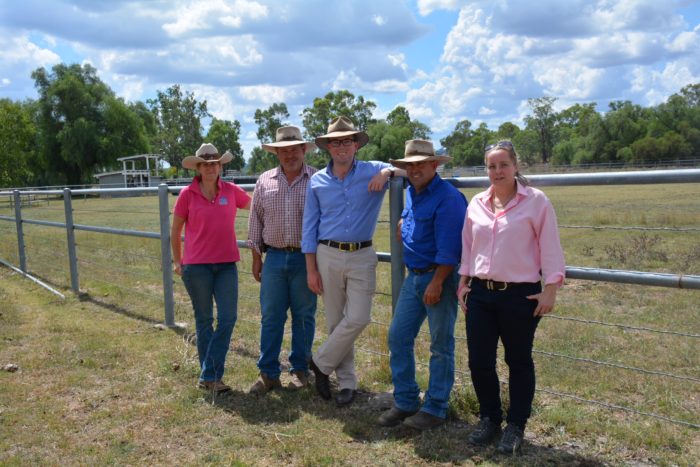 COOLATAI Sportsground users and campers need not fear the “long drop” anymore, with a $107,000 funding windfall from the NSW Government, announced today by Northern Tablelands MP Adam Marshall, for a new toilet and shower amenities for the popular community facility.

Mr Marshall recently visited and met with members of the Coolatai Sportsground Trust ahead of next month’s Vintage Tractor Pull, announcing the ground had secured funding to build a new toilet and shower block, plus new septic and electrical infrastructure.

“This funding from the NSW Government’s Stronger Country Communities Fund will build a first-rate amenities block at the sportsground, offering modern and comfortable shower and toilet facilities onsite for the first time,” Mr Marshall said.

“Coolatai Sportsground has seen a massive surge of activity in recent years, drawing in visitors from around the region and with these upgrades, the increasingly popular facility will be a far nicer place to camp and attend and event.

“The venue hosts polocrosse, pony club, tennis and campdrafting events, bringing in visitors from across the Gwydir and Inverell Shires.

“Just last year, the Coolatai Campdraft was held for the first time in a decade, bringing in hundreds of competitors and spectators with the vast majority staying locally.

“Attendees will be able to wash up after hot and tiring events when this amenities block is built, a comfortable end to the day after a long day on horseback.”

The funding comes from the Stronger Country Communities Fund, part of the NSW Government’s Regional Growth Fund – a $1.3 billion funding initiative designed to improve life for residents of country NSW.

Mr Marshall said the funding would serve as the keystone, bringing together years of recent upgrades to the grounds.

“The local community has done an admirable job of rebuilding the sportsground in the past decade, with a recently overhauled canteen, as well as vastly improved fields, fencing and yards,” Mr Marshall said.

“Without on-ground facilities, temporary amenities were hired at great expense or visitors needed to head to nearby facilities to use their bathrooms.

“Constructing a dedicated amenities block has always been outside the reach of the management committee and Gwydir Shire Council, until now.”

“The better our facilities are, the more comfortable we are holding big events, when we do something in Coolatai we like to do it properly,” Mr Durkin said.

“We like to run a good event – trying to make an improvement every year. Every cent we make goes back into the grounds.”

“We’re now getting a lot more caravans, and a lot more people who do want to camp – not just for the day, we’re getting people coming in on the Wednesday and staying until Tuesday,” he said.

Construction is expected to begin on the upgrades following the Coolatai Tractor Pull in late May.