MARSHALL PLATES UP $20,000 FOR SEASONS OF NEW ENGLAND 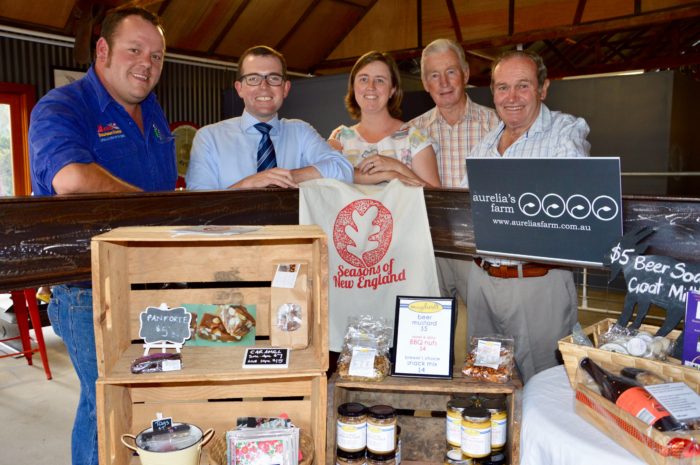 TASTEBUDS across the New England are watering in anticipation for the weekend’s Seasons of New England culinary festival, with $20,000 in NSW Government funding to put the icing on the cake for the famed Uralla event.

Member for Northern Tablelands and Minister for Tourism Adam Marshall today announced the funding boost, saying this year’s fifth Seasons of New England event was shaping up to be its most successful so far.

“Seasons of New England is an annual staple in my calendar, and I look forward to this weekend’s event being bigger and better than ever,” Mr Marshall said.

“The event is an excellent showcase of the wide variety of food, arts and craft produced in the New England and attracts more than 3,500 people to Uralla each year.

“Stalls will offer locally produced donuts, tea, wine, pottery, clothing and much more. With over 100 producers and artisans from across the region, the only downside is you can’t eat from every single one.”

Mr Marshall said the funding would allow Seasons of New England to better market itself to an audience of avid foodies across Australia.

“As a locally produced event, Seasons of New England has had tremendous success bringing in visitors from Sydney and Queensland,” Mr Marshall said.

“This funding will help draw in visitors that will support local enterprise, buying produce, staying locally and visiting the many attractions our region has to offer.”

Event organiser Tara Toomey said the funding would help market the event for the next two years, building upon the excellent work of passionate locals.

“This year, for the first time we plan on hiring a professional videographer – we’ve never been able to capture that footage before,” Mrs Toomey said.

“We’re looking forward to having a more meaningful marketing campaign in the lead-up to the next event, adding a professional shine to promote us across the state.”

Seasons of New England is held at Hampden Park in Uralla this Saturday from 9am to 4pm.