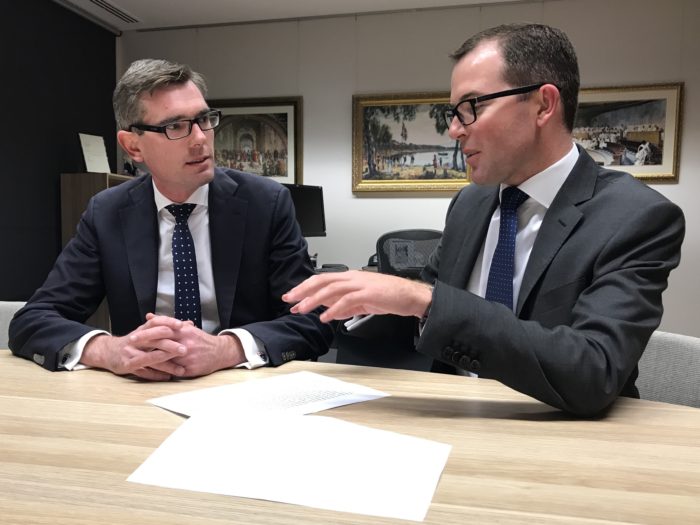 THIS month’s upcoming NSW Budget must include the first tranche of funding for the redevelopment of Inverell Hospital, Member for Northern Tablelands Adam Marshall has told the State’s Treasurer Dominic Perrottet in a meeting last week.

During the meeting at Parliament, Mr Marshall impressed the importance of the radical rebuild upon the Treasurer, describing the funding as “vital for Inverell’s growing community”.

“The Inverell community has been fighting for improvements to their aging health infrastructure for several years now – and we are closer than ever,” Mr Marshall said.

“With the business case approved by the NSW Government, we finally have concrete plans for the $30 million redevelopment. I told the Treasurer that there was now no reason that funding could not be forthcoming in this year’s Budget.

“He now fully understands that Inverell expects this project to move ahead without delay and that I won’t accept anything less. The community has been fighting for over a decade to see this project move ahead and must not wait another year.”

“Last year Armidale around half of its total redevelopment cost to get that project underway and I expect nothing less for Inverell this year.

“The NSW Government promised $30 million in funding for this redevelopment and I intend to see construction start sooner rather than later.”

Around 80 per cent of the redeveloped hospital would be in a new building, Mr Marshall said, which was significantly more than the Armidale Hospital.

“The planning team have stretched every last cent of the $30 million promised – I know the community will be very impressed with the final product,” Mr Marshall said.

“This will be the crown jewel for healthcare in the region and greatly improve the delivery of health services for locals. It will mean that those close to Inverell won’t find themselves having to travel for essential services.”

Mr Marshall said the upgrade was about more than just providing cutting edge health services to residents in Inverell.

“This major upgrade goes beyond mere bricks and mortar – it will help the rapidly growing town of Inverell attract the specialist doctors it deserves, and reaffirms that residents of regional areas aren’t content to be treated like second class citizens.

“I’m determined to see this project move ahead as soon as possible, and am confident we’ll have some good news soon.”