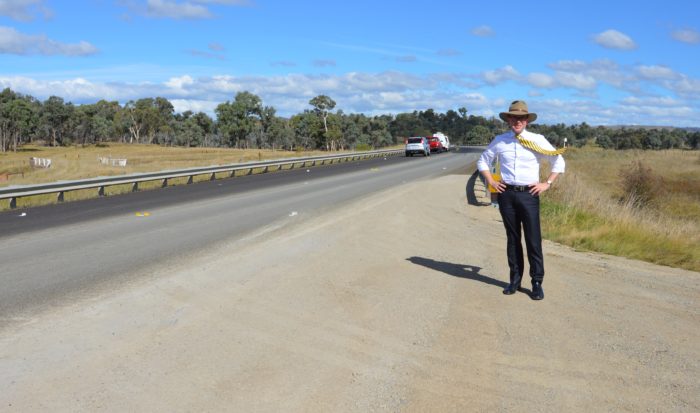 Mr Marshall said he was pleased the state government was investing in projects with a direct effect on everyday road users and responding to the needs of the region.

“All of these projects have improved road conditions and helped provide more efficient transport links in the region.

Today Mr Marshall also announced a further $1.2 million from the state government to rehabilitate a section of the New England Highway at Williams Creek, just north of Glencoe.

“Work has started on this project which involves completely rebuilding the road, strengthening the base, sealing with a new bitumen surface and widening the road shoulders,” he said.

“This project will increase safety along this section of the highway for all motorists.

“Work will occur Monday to Saturday between 7am and 6pm and is expected to take five weeks, weather permitting.”

Motorists are reminded to follow reduced speed limits and the directions of traffic controllers and allow extra travel time.

“This increased expenditure on our region’s major roads is very welcome and I’ll continue to press the case with government for more investment on our key transport links,” Mr Marshall said.