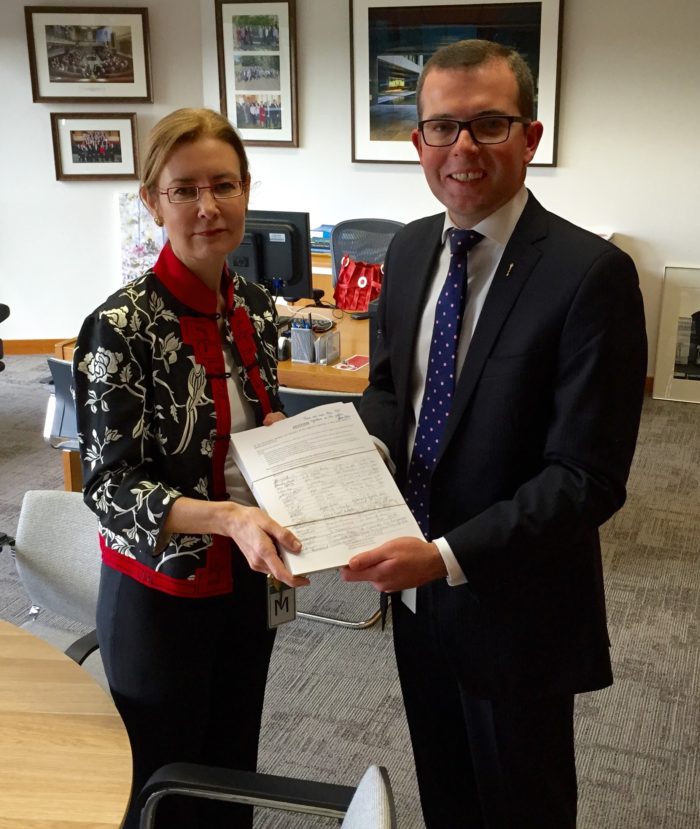 NORTHERN Tablelands MP Adam Marshall has emerged from a meeting yesterday with Attorney General Gabrielle Upton excited about the possibility of seeing the expansion of the successful Magistrates Early Referral into Treatment (MERIT) program to the Moree community.

MERIT is available in some local courts in NSW and provides the opportunity for adult defendants with substance abuse problems to work, on a voluntary basis, towards rehabilitation as part of the bail process.

Mr Marshall said offenders could currently access the MERIT program through Tamworth Local Court, and a number of others across the state including Bathurst, Broken Hill, Coffs Harbour, Dubbo, Wellington and Orange, but none in the Northern Tablelands.

“It was a very positive meeting,” he said. “I discussed with the Attorney General the success of the program, the benefits it would bring to Moree and the overwhelming support from the community, the Law Society of NSW and local Magistrates for the expansion of MERIT.”

Mr Marshall presented an almost 3,500 signature-strong petition from the Moree community to the Attorney General during the meeting.

“The Attorney General acknowledged the strong support from the Moree community to have MERIT and is looking at the potential to add it to a list of communities where MERIT could be expanded, subject to additional funding being secured from the Federal Government.

“MERIT is currently funded by the Commonwealth Government as a health initiative to NSW Health and is administered by the NSW Attorney General via our local courts.

“The Attorney General said that MERIT was currently being reviewed by her department with a view to possibly expanding the program.”

Mr Marshall said he had also had discussions with Health Minister Jillian Skinner’s office, which was also aware of the benefits of the program.

“I will continue to pursue this matter with the Health Minister and the Attorney General to see the Moree community added to the expanded list of local courts able to deliver the MERIT program,” he said.

“The support from the community has been overwhelming and I commend Kerry Cassells, Linda Maidens, Dawn Blanch for their passion and continuing hard work on this issue.”

With the petition now tabled in State Parliament, the government has 35 days to respond to the matter.