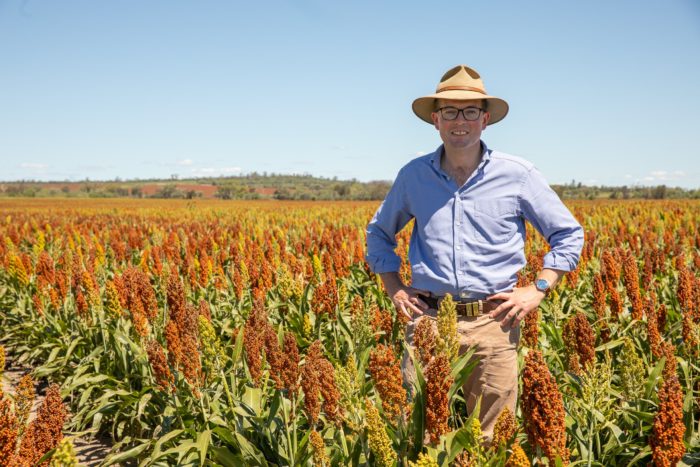 LOCAL State MP and Minister for Agriculture Adam Marshall has declared today a ‘red-letter day’ for farmers, landholders and communities across the Moree Plains Shire and Northern Tablelands, with the announcement of the formal removal by the State Government of the two Petroleum Exploration Licences (PELs) which covered parts of the region.

Mr Marshall said the community would rejoice in the knowledge that all of the Moree Plains Shire, and the Northern Tablelands, was now officially gas-free.

“This is truly wonderful and welcome news for the local community,” Mr Marshall said.

“It delivers the outcome the community wanted and provides the certainty for the future we’ve all long been seeking.

“This decision by the government removes the areas of both PELs which have been laying across the Moree Plains Shire for more than 10 years – and removes them for good – meaning there is absolutely no chance of gas exploration or extraction occurring anywhere in the Northern Tablelands, ever.

“While these PELS have largely sat dormant on paper, today’s news is a huge relief for many locals and ensures everyone has certainty about their futures.

“Many locals, farmers in particular, have had this cloud hanging over them for a decade and now it is gone and gone forever – which is absolutely fantastic!”

Under that State Government’s Future of Gas Statement, released today by Deputy Premier John Barilaro, the land available for gas exploration across the state will be redcied by 77 per cent, including the removal of the areas of PEL 6 and PEL 427, which covered large swathes of the Moree Plains Shire.

Mr Marshall, who’s been campaigning alongside the community on the issue, paid tribute Moree Plains Shire Council and the community for never giving up on the fight to have the PELs removed.

“This is has been another prime example of people power winning through – and I couldn’t be more pleased with this result,” he said.

“On behalf of our community, I thank the Deputy Premier for not just hearing our concerns but acting to deliver the outcome and certainty we’ve been asking for.”