MOREE RACE CLUB ON A WINNER WITH $30,400 FOR POWER SUPPLY UPGRADE 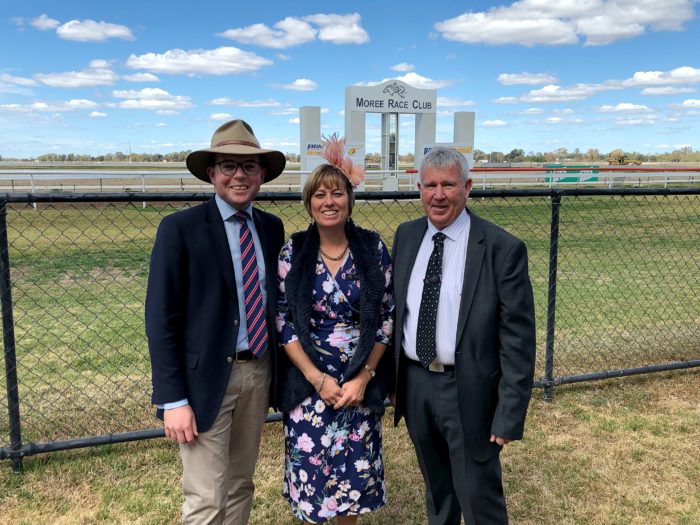 A GRANT of $30,400 from the NSW Government will give a powerful boost to Moree Race Club to upgrade its power supply to give racegoers a more enjoyable day out, according to local Northern Tablelands MP Adam Marshall.

Mr Marshall announced the funding for the club today, saying it will provide Moree with the capacity to increase the facilities for patrons and race day organisation.

“The $30,400 will allow the club to cater better for their big race days without the risk of power outages,” Mr Marshall said.

“They will be able to upgrade their switchboard from the current 100 kilowatt capacity so that problem of blowing the single phase system becomes a thing of the past.

“The club has had instances in recent years where they’ve had to call in their electricity provider on big race days because it’s been overloaded.

“When you’re running cool rooms, air conditioning in the catered or ticketed marquees, the light towers, the kitchen, extra air con in the jockey rooms and even for the Sky media truck, you need to have a certainty that your power source is up to that capacity, and this funding will give them that surety.”

Moree Race Club secretary Michelle Gobbert said the funding would allow the club to provide increased and better amenities for the use of patrons but also for the catering and race day organisers to work from.

Mrs Gobbert said the club raced seven days a year, with their picnic and Christmas twilight meetings big crowd-pullers that could see some 2,000 people on the course.

“Our grandstand was built 30 years ago and now can’t cater for the functions we have on those days, and the kitchen really needs that increased capacity as well,” Mrs Gobbert said.

“By upgrading the switchboard by 50 or 100 per cent that will give us the confidence to run race days without any concern that the power supply will shut down, which has happened before.

“It’s great news for our club.”

Mr Marshall said the club was looking to have the upgrade completed as soon as possible and in time for the big race day on December 15.

He said the $30,400 Moree Race Club funding is one of 22 projects across the Northern Tablelands electorate that will share in more than $700,000 thanks to the NSW Government’s Crown Reserves Improvement Fund.

“It’s a funding program that is supporting the hard work of the local groups who run events and manage community facilities across Northern Tablelands for thousands of people to use and enjoy,” Mr Marshall said.

The War Memorial gates at Armidale Sportsground will undergo a $2,552 revamp this year, with Northern Tablelands MP Adam... Read More