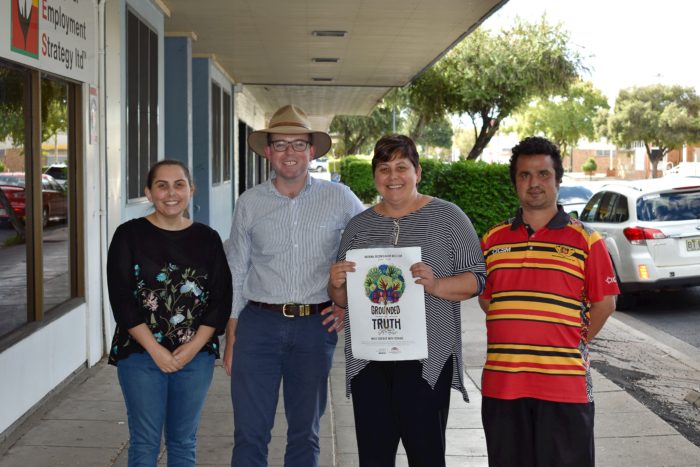 The awards night is the feature event on Moree’s Reconciliation Week calendar and celebrates the achievements of local Aboriginal and non-Aboriginal people, businesses and community organisations across the district.

Mr Marshall said events like the awards played an important role in bringing the entire community together as one.

“Every year National Reconciliation Week shines a spotlight on the initiatives and people working to build stronger relationships between indigenous and non-indigenous people across the Northern Tablelands,” Mr Marshall said.

“The Moree Reconciliation Week Awards encompass 32 different categories for both indigenous and non-indigenous people, which I think highlights Moree’s efforts to bring everyone together as one united community.

“For that reason, I’m proud the government has again approved my request on behalf of the community to support this year’s event.”

This year’s Reconciliation Week theme is ‘Grounded in Truth, Walk Together with Courage’ which encourages the community to work towards building strong and positive race relations, based on a foundation of truth.

“I congratulate Cathy Duncan and her committee for all the hard work they have put into making this year’s program appealing to all, so as many people as possible are exposed to the Reconciliation Week message and understand the need value and respect each other,” Mr Marshall said.

“The awards event is in my view Moree’s night of nights – there’s always such community spirit and positivity in the room.”

National Reconciliation Week events in Moree start with an official opening at 10.30am on Monday, 27 May, at the Dhiiyaan Centre, with a full calendar of events running through until 3 June.