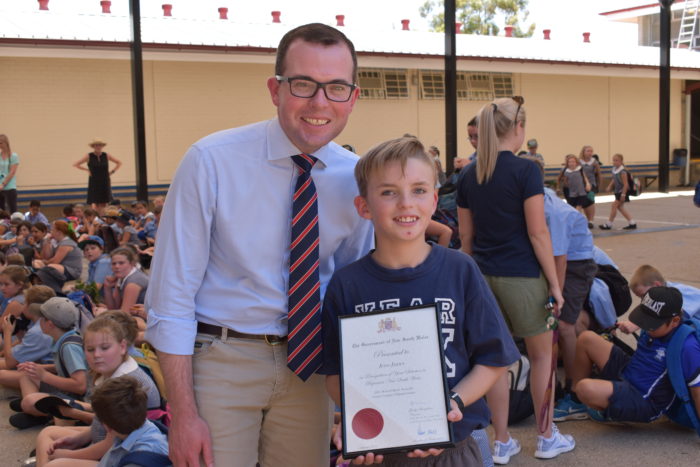 Mr Marshall said both students excelled in the cross-country discipline and ably represented their state against Australia’s best young athletes.

“It’s a terrific honour to recognise their personal sporting achievements in front of their school communities and I join their families and friends in congratulating them both.”

Xanthe competed in the 11-years girls’ 3,000 metres individual race and then went on to join the NSW team relay to score a second place.

Jesse raced in the Australian Multi-Class Athlete 12-years boys team, competing in the cross-country, achieving an overall eighth position and helping his team to place second overall in that class.

“It’s clear to see that Xanthe and Jesse love their sport, and both rely heavily on their families to be able to compete at this high level,” Mr Marshall said.

“Country competitors really do the hard yards and lots of travelling comes with the territory.

“I am confident that in the years to come we will hear a lot more about both these young athletes and I will be watching their progress with interest.”