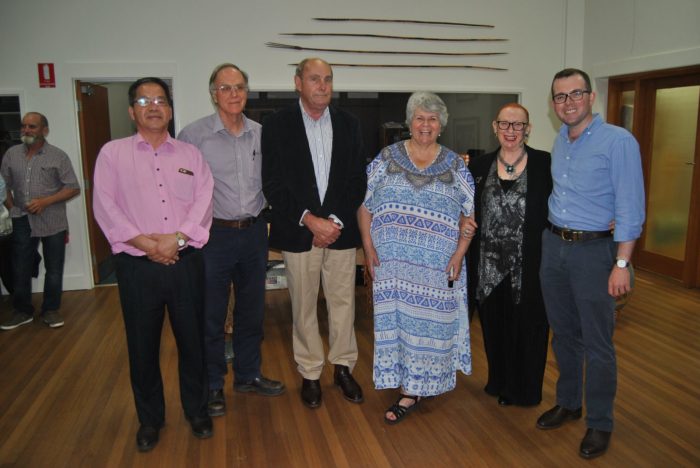 MOREE’S Dhiiyaan Aboriginal Centre, which holds one of the state’s largest collections of Aboriginal family records, has reopened its doors following an almost $750,000 refurbishment, thanks to support from the NSW Government.

Mr Marshall said the ‘new’ centre would provide a wonderful community space for Aboriginal and non-Aboriginal people to enjoy and learn about the past. He said the centre has more than 100,000 artefacts and documents in its collection, all now displayed and stored better than ever before.

“These renovations have cemented Dhiiyaan’s position as the preeminent Aboriginal cultural centre in NSW and will allow the centre’s huge repository of indigenous heritage to be showcased, stored and accessed easily and safely,” Mr Marshall said.

“I’m delighted the NSW Government has been able to partner with Moree Plains Shire Council to deliver this upgrade, which is a fantastic outcome for Moree and the Kamilaroi and Gamilaraay people.

“The project has seen a total refurbishment of the centre including a multimedia room, new common gathering space, new offices and gallery, new carpets, painting and furniture.

“The existing amenities have also been upgraded to include facilities for those with disabilities, thanks to an access ramp.

“The building has taken on a whole new life, which will greatly assist the Dhiiyaan Aboriginal Centre’s goal of educating Indigenous and non-Indigenous locals about the culture and history of the traditional owners of the land.”

“There is much to be gained by sharing the vivid and living culture of Australia’s first people with the next generation, and Dhiiyaan is well positioned to pass this knowledge on to schoolchildren across the state.”

Almost $500,000 was provided by the NSW Government for the stage 1 upgrade of the centre with another $208,000 announced recently by Mr Marshall for stage 2, which will get underway early next year.