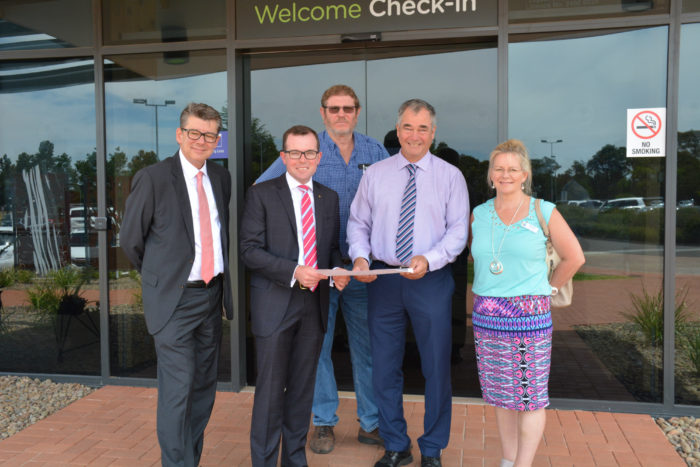 Mr Marshall has invited Deputy Premier and Regional NSW Minister John Barilaro to tour the park site personally to see the area’s potential and get an understanding of the huge economic impact the project will have on the region.

“These plans have been a long time in the making, but now the time is right to open up this park and start creating hundreds of news jobs in the region,” Mr Marshall said.

“I’ll do everything I can to support this important economic development project and ensure it gets going – it would be the biggest jobs creation project Armidale has seen for decades.

“This is a perfect project for the NSW Government’s new $1.3 billion Regional Growth Fund, which is designed to financially empower regional communities, with large pools of funding to smash down roadblocks inhibiting economic growth.

“Council has done a great job putting together a very compelling case for funding for this project.”

Mr Marshall and council are requesting $5 million from the government, with council to fund the remaining $2.2 million, to subdivide 17.5 hectares of land to the immediate south of the airport, building roads, utilities and amenities to cater to up to dozens of new industrial and commercial lots.

Mr Marshall said council was already in discussions with several businesses that were keen to purchase areas of land if it was made available.

“Funding this project will be instrumental in diversifying Armidale’s mix of industries and local economy, offering hundreds of new jobs in ever broader fields,” he said.

“The business park will be yet another major positive project for the region and dovetail in with the airport terminal upgrades, the TAFE NSW Digital Headquarters, the Armidale Future School, the Hospital redevelopment and move of the APVMA to the region.