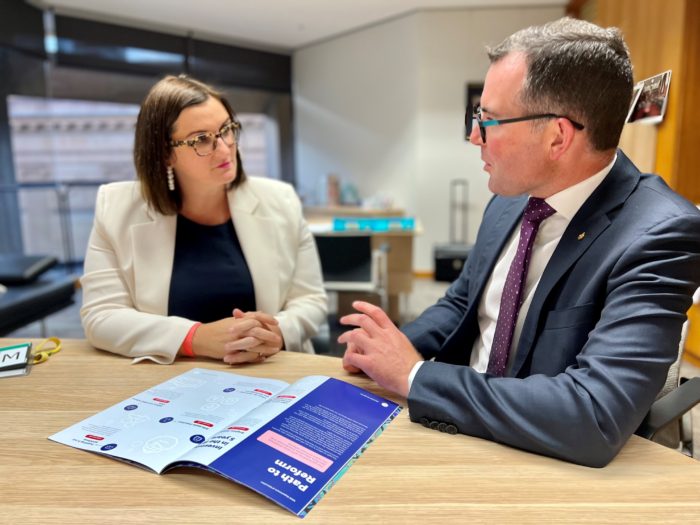 NORTHERN Tablelands MP Adam Marshall moved quickly to secure assurances from the State Government that the emergency closure of Rocky River Public School, near Uralla, will only be temporary, after staff and students were evacuated earlier this week.

The MP sought urgent advice from the Minister for Education upon learning that the staff and 42 students from the primary school were moved out after engineers discovered serious structural issues in the historical main schoolhouse.

All school operations were urgently moved across to the Uralla Central School, where the Rocky River students and staff have been safely accommodated until the end of term next Friday.

“Rocky River Public School first opened in 1860 during the gold rush and remains the longest-established school in the Norther Tablelands, it is a very important and much-loved community asset,” Mr Marshall said.

“I was devastated then, to learn of the sudden closure of the school on Wednesday, and my first concern was for the students and the dedicated staff led by Principal Brad Hunt.

While the MP commended the quick and sensible solution, he said that he will be ensuring that undertakings made by the Department of Education to locate demountable buildings on the Rocky River Public School in time for term three were fulfilled.

“The extent of damage to the historical schoolhouse is not fully known, and work will continue to assess what will be needed to fix the problem,” the MP said.

“In the meantime, I am assured that temporary classrooms and offices will be moved onto the Rocky River School site to be used until the main building is restored.

“I have met with the Minister today and shared the strong wishes of the Rocky River community that their school be restored as soon as possible and 162 years of education history be allowed to continue.

“I have secured welcome assurances from the Minister that restoration work on the building will be completed, as well as provision of temporary accommodation on-site, as an absolute priority.”