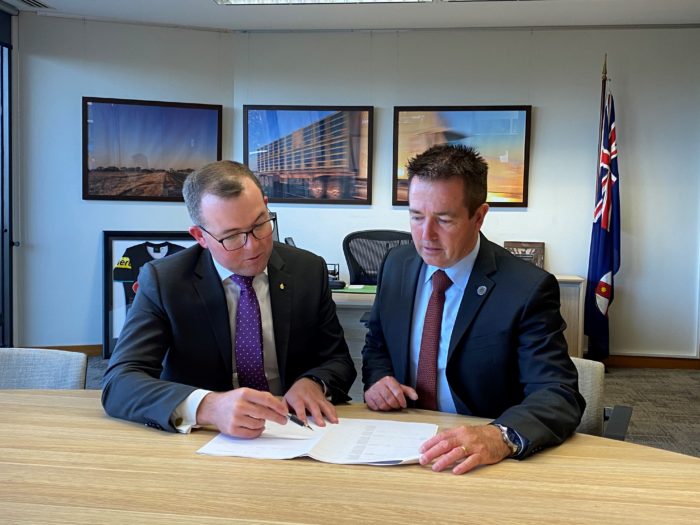 MEMBER for Northern Tablelands Adam Marshall has used a speech in NSW Parliament this week to call for urgent State Government expertise to ensure that the Armidale Kempsey Road through Lower Creek is rebuilt after king-hits of drought, bushfire and flood effectively wrecked the road earlier this year.

The 60-kilometre long, mostly unsealed road links Armidale to Kempsey, as well as servicing a number of farms and tourism businesses.  The area along the road is a magnet for day trippers and campers keen to enjoy the stunning river valley scenery.

Mr Marshall met on-site with Lower Creek residents and Armidale Regional Council’s Interim Administrator Viv May and Acting General Manager John Rayner this week, all agreeing the road condition and maintenance has fallen short through lack of expertise and funding over the past 11 years of council ownership.

“This road has been a real burr under the saddle for the long-suffering residents along the road, particularly those in the Lower Creek area,” Mr Marshall said.

“The residents of Lower Creek live at the bottom of Kempsey Road. Kempsey Road used to be a regional road under the road classification system, until 2009 when the former Government – at the stroke of a pen and without notice—handed the road back to the then Armidale Dumaresq Council, with no money and no notice, and said, ‘It’s all yours, guys; good luck’.

“Unfortunately, and with respect, the road was simply beyond the ability, and the financial means, of the council to look after.”

Mr Marshall said that after 11 years, the road is in a worse condition today than the day it was handed it to the council, despite the allocation in recent years of significant funding to upgrade the road.

“Last year a substantial amount of those grant monies had been spent before bushfires raged through the Jeogla and Lower Creek areas, followed shortly afterwards by a massive deluge of rain and flooding, which washed away much of the preliminary roadworks, including bitumen seal.

“Now council is trying, with very limited engineering expertise within its ranks – with respect to the council – to reinstate the road to its pre-fire and storm damage and then resume expending some of the grant money.”

Mr Marshall will work with the council to firstly remove the restrictions and get heavy vehicles and high-mass vehicles back on the road, and ensure there is engineering support for the council to manage the project properly.

“I have approached the Minister for Regional Transport and Roads Paul Toole and requested that Transport for NSW allows one of its engineers to be seconded to Armidale Regional Council to be a project manager,” Mr Marshall said.

“It is important that council has the expertise to properly use the grant money so that we are not wasting taxpayer money and getting another poor result for the community.

“Secondly, at the last election the Government committed to retake Kempsey Road for the State road network and to reclassify it as a regional road as it should have always remained.

“That process will take approximately 12 months, but in the meantime I want someone from Transport for NSW running this project because after that time it is going to be an asset of the State.

“I will not stop until it is upgraded and the people of Lower Creek get what they deserve, which is quality road access in and out of their place of residence.”