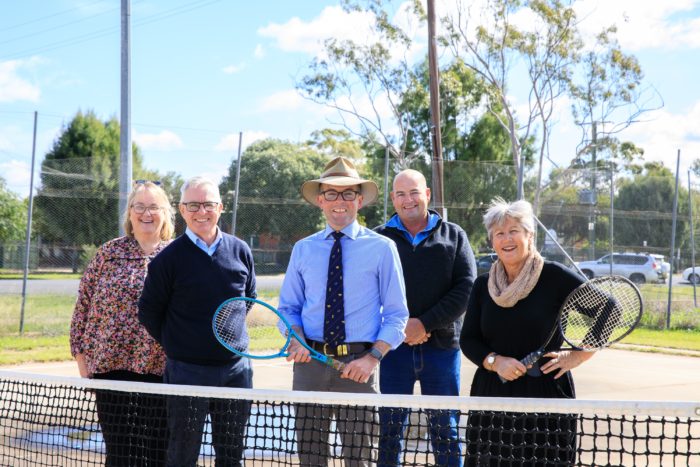 Council received the grant in June 2020, to reinstate two of Mungindi’s six concrete tennis courts, which have fallen into disrepair.

Mr Marshall said council was in the process of gaining the community’s final approval for the designs.

“Momentum is once again behind this project, which unfortunately experienced delays due to the Queensland Government’s COVID-19 border closure,” Mr Marshall said.

“The quality of the courts has declined further in the two years since the funding was announced and they are definitely unsafe to play because of cracking and the uneven surface.

“Designs for the two new concrete courts are now 90 per cent complete.

“The new surface will service multiple sports and council is now awaiting final advice that user groups are happy with the line-marking selections before it goes to tender.

“There are few opportunities for social sport in Mungindi, so getting the courts back up to a playable standard will improve community spirit, by giving farming families the opportunity to come into town mid-week, catch up with their friends and be physically active.”

Moree Plains Shire Mayor Mark Johnson said he expected the project would go out to tender in the coming months.

“Council wants to make sure that every dollar of this grant is spent in a way that benefits the social wellbeing of Mungindi for many years to come,” Cr Johnson said.

“Staff have been working on the designs directly with our partners from Mungindi Progress Association, and we are very close to having a proposal which will benefit the greatest number of residents.

“We know that locals are passionate about their tennis and want to see a return of popular mid-week competitions, and it is my hope by early next year that will once again be the case.”