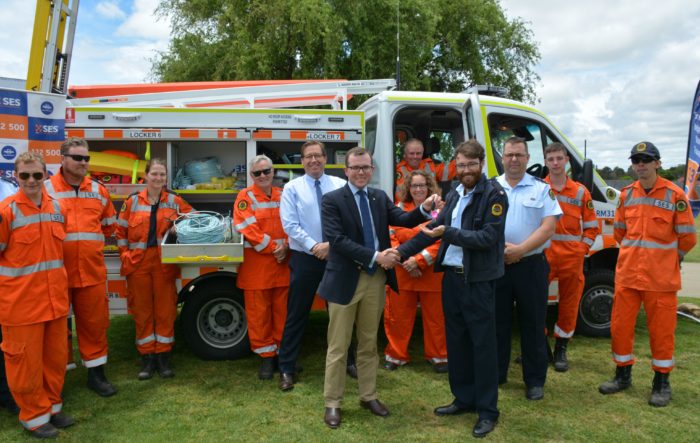 “This custom vehicle will allow our 50 local volunteers to respond to the devastation caused by storms, floods, hail and wind more effectively and safer than before,” Mr Marshall said.

“This modern and sleek emergency response truck is a major change of tack from older vehicles supplied by councils and demonstrates that the NSW Government is committed to providing our SES volunteers with state-of-the-art equipment.

“Design improvements like a sliding ladder system, purpose built trays and a powerful floodlight system have come after in-depth discussion with NSW SES units and will give our brave volunteers a substantial advantage when combatting nature’s worst.

“The vehicle has already been put to good use – with the local unit attending to dozens of calls after a substantial hail storm earlier this week.”

“The Mercedes Sprinter AWD Crew Cab Chassis truck has many state of the art features including roller shutters, a purpose built chainsaw maintenance drawer, internal LED lighting and a custom made protection bar fitted with a winch and driving lights,” Mr Osborne said.