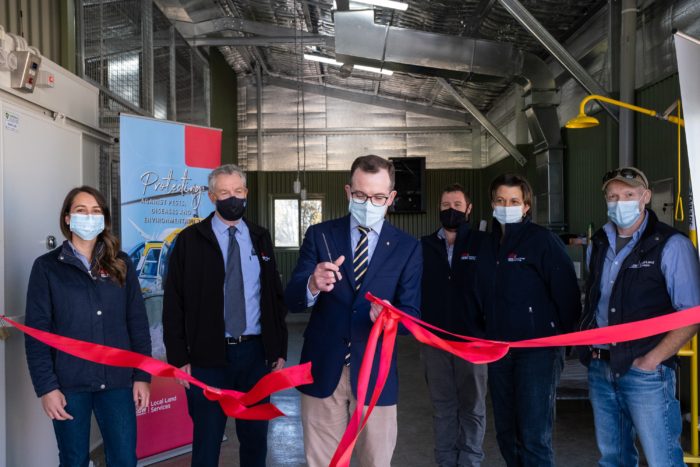 “We need to maintain our grip on these pest animal populations to minimise their burden on livestock production and the environment.

“In this state-of-the-art facility, there is also a designated bait collection point for easy access for customers. They will be able to continue to arrange bait collection through their Biosecurity Officers as they have done in the past.

“This makes it even easier for landholders to get involved in collective control programs. By coordinating baiting and trapping efforts, everyone stands to benefit in ways that would otherwise not be possible when working individually.”

The new facility will also have the capacity for the Northern Tablelands LLS team to respond quickly to emerging threats, such as locusts.

“With bumper crops on the horizon for much of the state, I urge landholders to be on the lookout for locust activity this spring and report any sightings immediately,” he said.

“Locust outbreaks can potentially affect very large areas of crops and pasture, and if not controlled, can cause significant economic loss to farmers.

“Centrally located in the heart of the Northern Tablelands LLS footprint, this shed will allow trained biosecurity staff to mobilise quickly in the event locusts are identified, allowing them to initiate control options and tackle the pest before it gets airborne.”