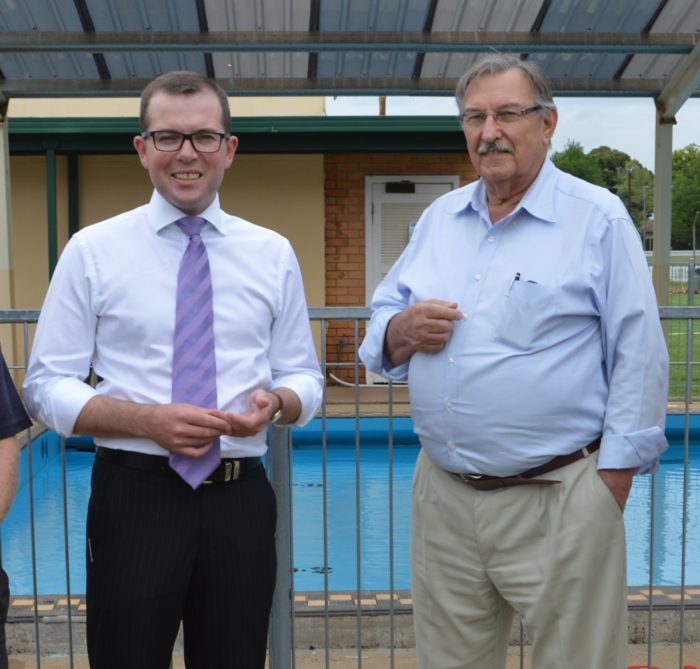 NORTHERN Tablelands MP Adam Marshall has today congratulated a number of the region’s agricultural leaders, who have been appointed to the Northern Tablelands and North West Local Lands Services (LLS) boards for the next three years.

Mr Marshall said former Guyra Shire Mayor Hans Hietbrink would continue to lead the Northern Tablelands LLS Board after a successful three-year term. Inverell’s Graham Marriott and Walcha’s Maria Woods have also been re-appointed while Glen Innes’ Jim Benton will join the board for the first time.

“Jim has an impressive record and a strong commitment to agricultural and resource management in our region and I welcome him to the board,” Mr Marshall said.

“He brings his experience with the previous catchment catchment management authority and chairman of the successful Glen Innes Natural Resources Advisory Committee (GLENRAC).

“Northern Tablelands LLS has already established a strong reputation in the region and across the state and I’m delighted that it will continue to be led by Hans Hietbrink.”

“Rebecca is a terrific addition to the board and I know she’ll be a strong advocate for the Moree and district agricultural sector,” Mr Marshall said.

“I’m very pleased that we now have some Moree representation on the board, which covers a vast and diverse area, through to Tamworth and out to Walgett.”

Mr Marshall said both the North West and Northern Tablelands LLS boards would be well served and benefit from years of experience and be reinvigorated with fresh blood.

“I think we’ve got a good mix of experienced board members and newcomers in this round of appointed members,” Mr Marshall said.

“This role requires strong leadership, excellent local understanding and good knowledge of issues affecting landholders. I believe people in the North West and Northern Tablelands will be well looked after by these new boards.

“Since its launch in 2014, Local Land Services has proven to be a valuable bridge between agricultural landholders and government.

“It’s promising to see board members returning to the organisation to build upon their achievements in the last term. Importantly, the newcomers bring decades of experience both on the land and in prominent leadership roles within their local community.”

Elections will take place shortly to determine the remaining positions on both boards.

Ratepayers can nominate themselves or any person who might best represent their interests.Nominations close on 10 April and the electoral roll closes on 31 March. Enrolment forms are available from any Local Land Services office or online at www.lls.nsw.gov.au

Ratepayers who enrolled before the 2014 election do not need to re-enrol, but should inform their nearest Local Land Services office if their contact details have changed.

“I urge all interested parties to consider nominations and ensure they’re enrolled. The Local Land Services helps to identify and deliver services that are essential to growing regional communities,” Mr Marshall said.

“It’s important that it’s led by the best.”