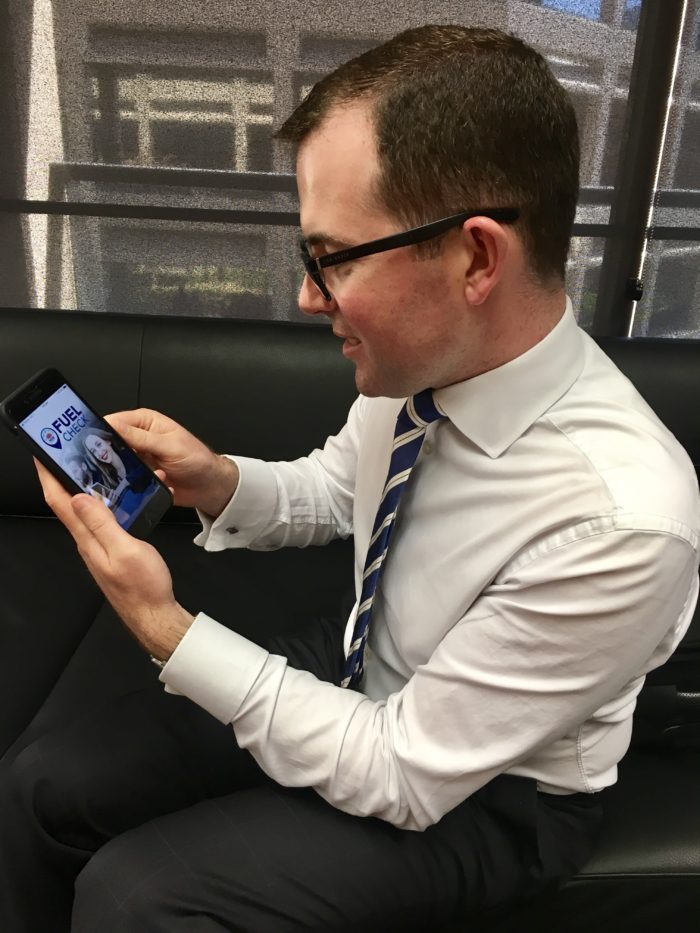 MOTORISTS across the Northern Tablelands now have the upper hand in the battle for cheaper fuel, with the NSW Government’s new FuelCheck app to provide real-time fuel prices for all service stations across the State.

Member for Northern Tablelands, Adam Marshall said the app provides a simple way for consumers to find the lowest prices in the region.

“The FuelCheck app will help drivers find the cheapest petrol near them, improving competition between retailers and potentially saving hundreds of dollars each year,” Mr Marshall said.

“This app ties into state-wide data – it can provide advice on the cheapest days to purchase, find cheap petrol on your route and notify you when fuel reaches a better price.

“With this information at a motorists’ disposal, a more transparent market will diminish retailers’ attempts to price discriminate based on location or convenience.”

Mr Marshall said he anticipated the app would be particularly well adopted by Armidale drivers, who have struggled with exorbitant fuel prices for years.

“We’ve long seen the impacts of diminished competition in Armidale,” Mr Marshall said. “The city has historically paid a marked premium for fuel, prompting my campaign for an investigation into why retailers are ripping off Armidale drivers at the bowser.

“While the ACCC report disappointingly found no evidence of direct collusion between retailers, we all know what’s going on in the region and the fuel retailers’ price gouging practices.

“There is no panacea to limited options on the market – but this app will provide a compelling case for retailers to heighten competition with their neighbours.”

Retailers are bound to the price displayed on the app – if it doesn’t match, the driver can make a complaint directly to NSW Fair Trading.

The FuelCheck app is available now on Google Play and the App Store, and is compatible with all iOS and Android phones.