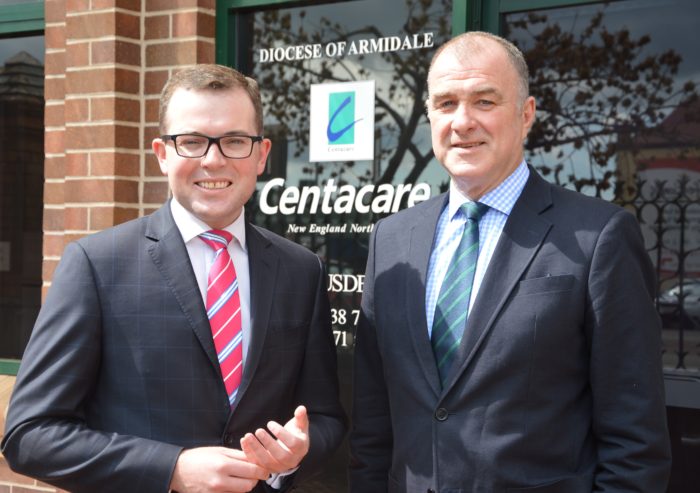 THE Parliamentary Secretary for Northern NSW Adam Marshall says a new youth justice program being rolled out on a regional basis this year could help up to 100 young people avoid the cycle of crime.

The Northern Tablelands MP said the new Youth on Track program was designed to co-ordinate services for 10-17 year olds at risk of long-term involvement in the criminal justice system and has been expanded to the north of the region.

Centacare New England North West has been named to deliver the program in this region and Mr Marshall said a grant of $2.2 million from the State Government will help Centacare co-ordinate the program from offices in Armidale, Inverell, Glen Innes, Tamworth and Gunnedah.

Mr Marshall said the program will start in December and comes off the back of a successful pilot program in three other NSW locations deemed as the worst areas for youth crime.

“Those results showed us almost 90 per cent of young people who participated in Youth on Track either stabilised or reduced their contact with Police and 53 per cent reduced their offending risk factors after three months,” Mr Marshall said.

“This is about breaking the cycle of offending by offering intensive, personalised help for young offenders and unlike some other programs, Youth on Track uses cognitive behaviour therapy to help these young people identify unhelpful thoughts and behaviours, and learn healthier skills and habits, to reduce risky behaviour.
“The program is about trying to change how they think, not so much what they think, so there’s less chance of them getting into more serious crime and time in jail.

“We already have the incredibly successful BackTrack program in the Armidale district and this new program will complement the great work being undertaken by Bernie Shakeshaft and his team.”

Centacare NENW said it expected around 96 referrals a year through the program but because it was a voluntary program, they anticipated around 48 young people will follow through with the referral and participate in the program.

Centacare NENW CEO Fergus Fitzsimons said it was important for young people to know there is hope ahead and access the help they needed to stay on track.

“We know a ‘one size fits all’ approach doesn’t work for families, and young people who’ve been exposed to a range of issues including domestic violence, drug and alcohol abuse, financial and housing issues, among others, need extra support,” Mr Fitzsimons said.

“We’ll be helping young people and their families to address their social needs and reduce contact with the criminal justice system through case work, and a variety of interventions tailored for each young person.”

Police and teachers will refer young offenders to the early intervention services, such as behavioural and family services, to address the underlying causes of miscreant behaviour.

“Unless young offenders receive targeted individualised intervention, like Youth on Track, to address the causes of their involvement in crime they are likely to continue offending,” Mr Marshall said.