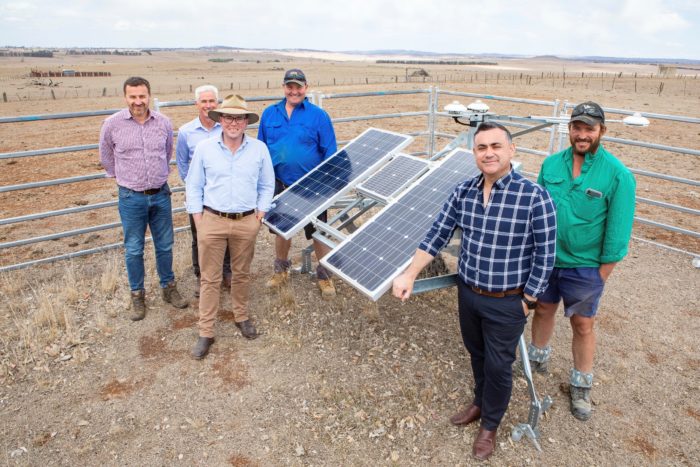 “The approval and imminent construction of the New England Solar Farm will be the shot in the arm Uralla’s business community needs to get firing, following the downturn caused by drought, bushfire and water contamination,” Mr Marshall said.

“This will be one of the largest solar farms in Australia, with the potential to produce enough energy to power 250,000 homes each year.

“This 2.4 million panel solar farm, which will cover 2,000 hectares and include a lithium-ion battery storage facility, will assist with electricity grid stability and provide power during peak periods.

“Up to 500 jobs are expected to be generated during construction with sub-contracting opportunities for local builders, electricians and plumbers as well as fencing maintenance and vegetation control.

“How exciting to think in the near future Uralla’s accommodation providers will be packed with tradies who are buying meals at local pubs and supporting the supermarket and cafes.

“I think it’s fair to say not since the gold rush in the 1800’s has Uralla seen an industry develop with the potential to bring new people to town and grow the community and economy to this extent for the future.”

“The role of the Independent Planning Commission (IPC) is to build community confidence around decision-making for projects like the New England Solar Farm,” he said.

“I thank the IPC Commissioners for the work they have done to consult with the community throughout this process and to keep stakeholders informed during the stages of approval.

“I think having a project of this magnitude on our door step is something for the region to be proud of and again strengthens the Northern Tableland’s reputation as the home of renewable energy in NSW.

“This project will mean that for the first time in our region’s history, we will become a net-exporter of energy – meaning we will generate more electricity in the Northern Tablelands than we consume.

“No other region in the country with renewables can lay claim to this, which is another feather in our cap and an envied mark of distinction.

“This is another momentous day for our region and our energy future.”