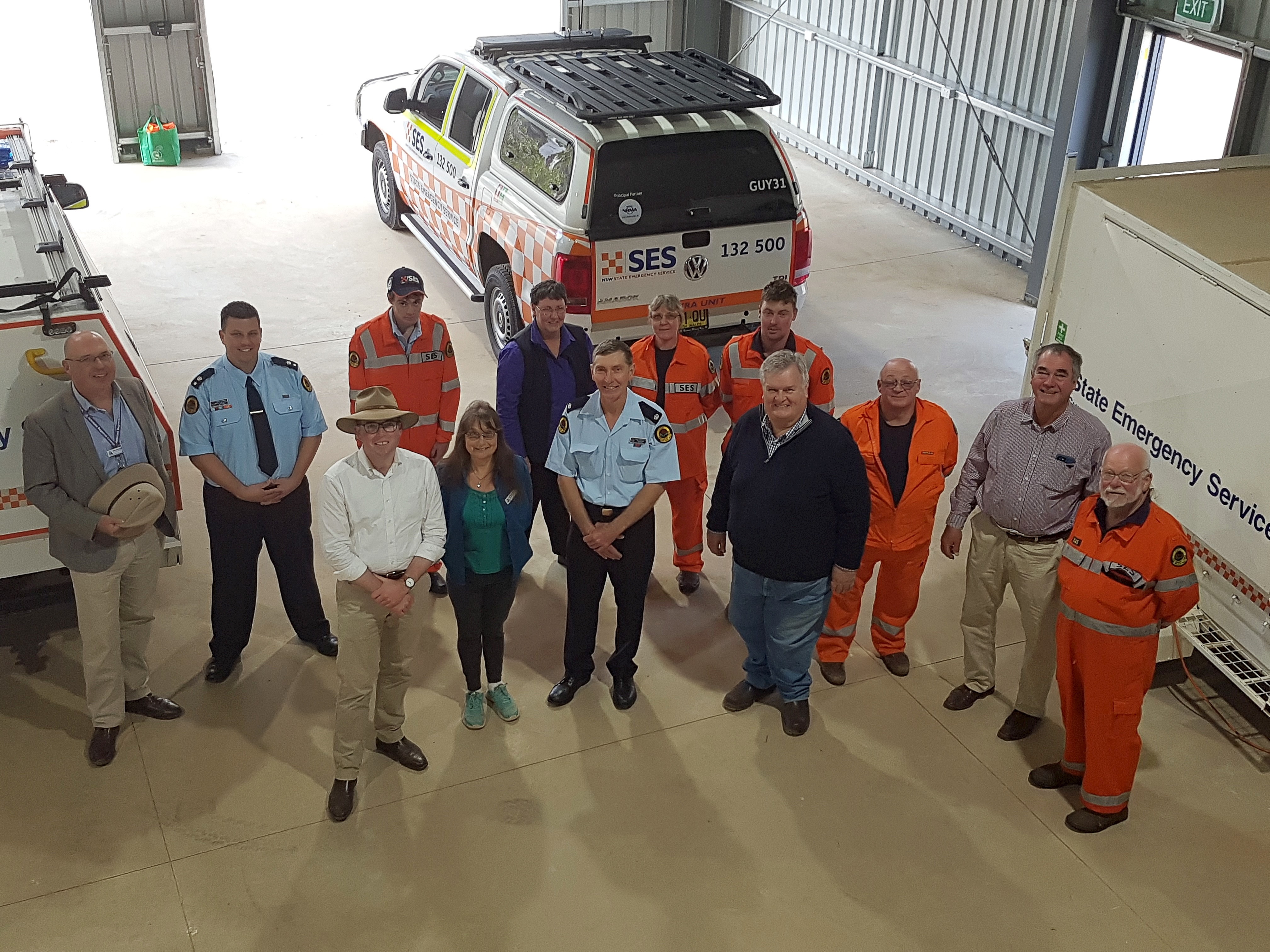 The new headquarters was jointly-funded by the NSW Government and Armidale Regional Council, giving the Guyra Unit much more room to accommodate its 30 members, modern vehicles and equipment.

“The former headquarters on Falconer Street had not been fit-for-purpose for many years, with the ageing buildings too small and in need of serious upgrades,” Mr Marshall said.

“This new shed will be the envy of SES Units across the Northern Tablelands, boasting three large roller doors, large training and meeting rooms, storage space and new kitchen and bathroom facilities.

“Unlike the old facility the new one brings all the organisation’s equipment under one roof, meaning the unit will be able to respond more quickly to emergencies as they arise.”

The Guyra SES Unit has two general purpose response vehicles and two storm response trailers that help them save lives and protect the community in almost all emergency situations.

Over the past three years the unit has been called out almost 100 times to provide assistance in the community.

Mr Marshall thanked Guyra SES Unit Controller David Godlonton and his team for their contribution to the project.

“Emergency volunteer organisations like the SES are vital in keeping the community safe during times of disaster and I congratulate David on the work he has done to improve the service’s ability to respond in the future,” Mr Marshall said.

“The official opening of the headquarters today coincides with National Volunteers Week and I thank the volunteer members who give their time to train and be involved with the SES.”