NEW INVERELL POLICE STATION TO GO AHEAD LATE THIS YEAR 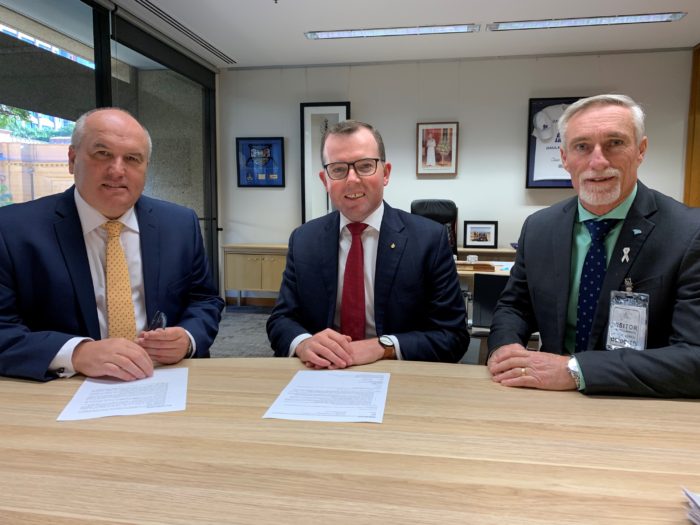 Mr Marshall and Inverell Shire Mayor Paul Harman met with the new Police Minister David Elliot recently in State Parliament, where the timeframe for the multi-million-dollar project was revealed.

Almost $9 million has been set aside by the State Government to knock-down and rebuild the existing 60-year-old overcrowded and dilapidated station and build a modern 24-hour station on the same site.

Mr Marshall said the Minister advised that tenders for the project were expected to be called in September this year, with demolition and construction work to start in December.

“This is very exciting news for the Inverell community and our local Police, who have been patiently waiting for their new station,” Mr Marshall said.

“Inverell is the only 24-hour police station in the region that hasn’t had a major upgrade or replacement, following Armidale in 2007 and Moree in 2013.

“It is Inverell’s turn and the Minister indicated that the government and NSW Police would ensure there was no disruption to community policing while the new station takes shape.

“The timeframes outlined by the Minister will allow time for thorough consultation to take place with our local Police and Council in the latter half of last year to determine what facilities would be needed to allow officers to do best their job now and into the future.”

Mr Marshall said while demolition hadn’t started yet, there’d been plenty of work happening behind the scenes.

“NSW Police has been working through where it will establish a temporary station during the demolition and construction phase as well as looking at ways to minimise disruptions to court services next door,” Mr Marshall said.

“When complete the new station will support a growing local police force, with modern facilities and the equipment they need to prevent and disrupt crime and keep the community safe for decades to come.

“I thank Chief Inspector Rowan O’Brien and his Inverell officers for their patience in continuing to work in a building which was originally built to house 12 and now caters for more than 50 police.”