NEW INVERELL RECYCLING CENTRE TO KEEP CONTAMINANTS OUT OF LANDFILL 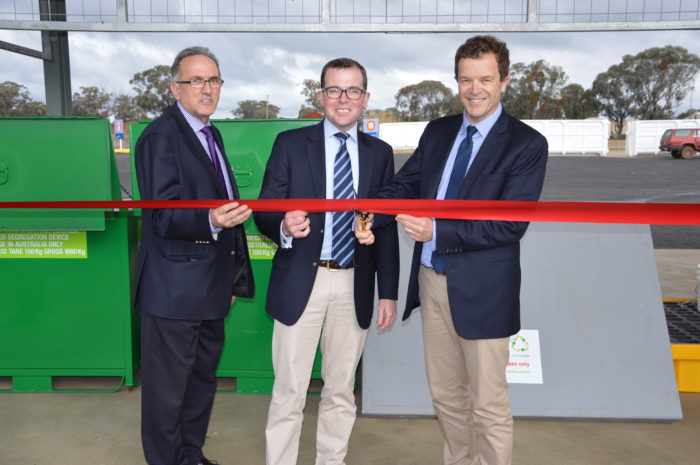 RECYCLING and the environment in Inverell was given a huge boost last Friday with the official opening of the new Inverell Community Recycling Centre by NSW Environment Minister Mark Speakman, Member for Northern Tablelands Adam Marshall and Deputy Mayor Anthony Michael.

“The new Community Recycling Centre is a great asset to Inverell as the community now has a facility for the safe disposal of problem wastes open all year round,” he said.

“With residents now having a new service to keep household problem waste out of kerbside bins the community will be able to reduce the amount of environmentally hazardous and recyclable materials that end up as landfill.

“Council has done a tremendous job constructing the new centre, which will make it much easier for locals to recycle their waste.”

Environment Minister Mark Speakman said the Inverell centre was one of a network of 100 facilities being built across NSW, including those recently opened in Glen Innes and Uralla.

“The NSW Government is dedicated to improving the collection and recycling of household problem waste and has dedicated $70 million to establish new systems, such as the community recycling centre network under the Waste Less Recycle More initiative,” Mr Speakman said.

Deputy Mayor Anthony Michael expects recycling rates among residents to climb as a result of the community recycling facility.

“The community recycling centre is a tremendous asset for Inverell Shire and the streamlined site enables easy access to undercover drop off points for problem waste,” Cr Michael said.

“It also assists with Council’s strategic goals to minimise waste and protect the natural environment.”

Located on Burtenshaw Road, the Inverell Waste and Materials Recovery Facility is open Monday to Friday 7.30am to 4.30pm and 9am to 3.30pm on Saturday and Sunday.

The centreaccepts the following problem wastes free of charge: