NEW LED STREET LIGHTS ON THE WAY FOR NORTHERN INLAND 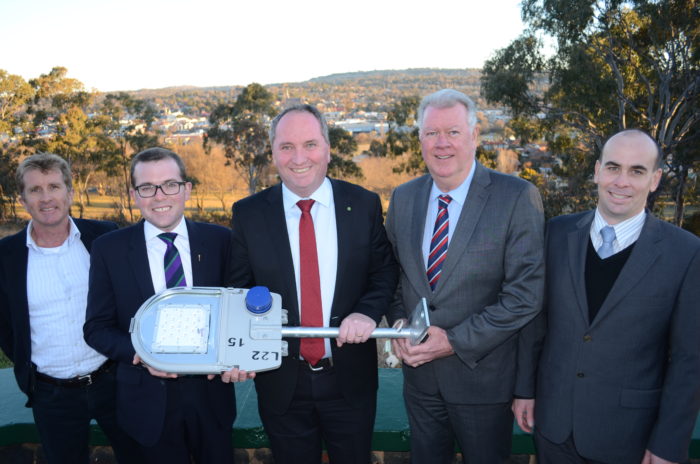 “At current street light energy costs, this will save the Councils in excess of $200,000 per year and reduce their greenhouse gas emissions by more than 1,000 tonnes per year of CO2 equivalents.

“The Regional Development Australia’s Northern Lights Project has received $576,000 from the Australian Government and the NSW Office of Environment and Heritage has provided funding for the services of a lighting expert to assist in project development.”

The project, the first broad scale rollout of LED technology in regional NSW, is also a trial by Essential Energy of two models of LED streetlights to compare reliability and performance. The number of lights to be replaced has been increased from the originally proposed 4,700 to over 5,000 which further improves the return on the funding to the Australian Government.

RDANI Chair Russell Stewart noted that the work done by his organisation is exactly the type of collaborative project that Regional Development Australia Committees should be brokering.

“This was a complex project requiring lengthy negotiations with Essential Energy to bring the new technology to our region, as well as coordinating Commonwealth, State and seven local government agencies” Mr Stewart said.

“As a result, towns in our region will soon be on par with the likes of Sydney, Melbourne, Los Angeles, Seattle and London in adopting the latest lighting developments”.

Federal Member for New England Barnaby Joyce said the project was a good example of the synergies which are possible between the various levels of government, and that nurturing this type of collaboration was precisely the role which the Australian Government had envisaged for Regional Development Australia Committees.

“Not only will this project save councils money which they can redirect to other services, this is also another example of regional Australia embracing new technology for the greater good,” Mr Joyce said.