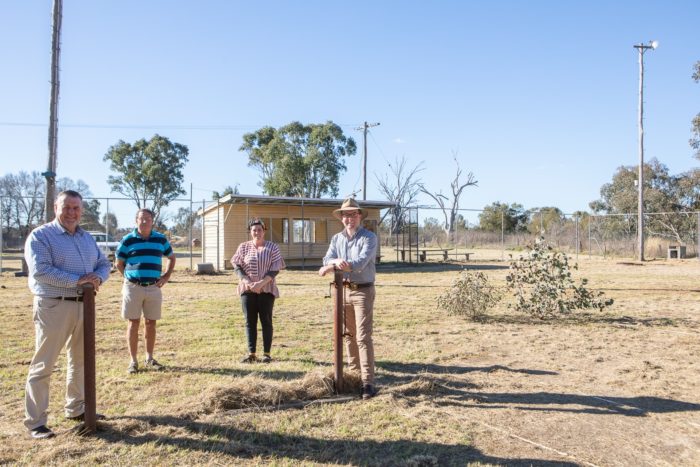 Bundarra’s dilapidated tennis courts are set to be brought back to life in the form of a new multipurpose sports court, with Northern Tablelands MP Adam Marshall today announcing a $300,000 grant for the project through the State Government’s Drought Support program.

Mr Marshall said after more than a decade of disuse the courts on Souter Street would be restored as the active heart of the village.

“This is a really positive outcome for Bundarra which was one of the communities hardest hit by the drought in our region,” Mr Marshall said.

“Bundarra’s residents have done it really tough in recent years and this project is an important way to help rebuild some of that community spirit which dried up during that time.

“Uralla Shire Council recently purchased the site from the Church of England Diocese for the purpose of developing this facility which will include basketball hoops, tennis courts, and markings for netball, volleyball and possibly cricket.

“To ensure the community gets exactly what it wants, there will be a period of consultation while the designs are finalised with work expected to start between November and January.” .

“While the old courts served Bundarra well over the years, in recent times they have fallen into disrepair and become a bit of an eyesore on the main road into town,” Mr Leyton said.

“These new courts will be a real game changer for our community, especially for our young people who currently have limited places they can hang out, socialise and be active

“Bundarra Central School has already indicated its interest in utilising the courts for school activities and it would also be great to see a tennis competition back on our social calendar.

“I want to thank Uralla Shire Council and Bundarra General Store owner Melissa Lowell for pushing for this important project for our residents.”