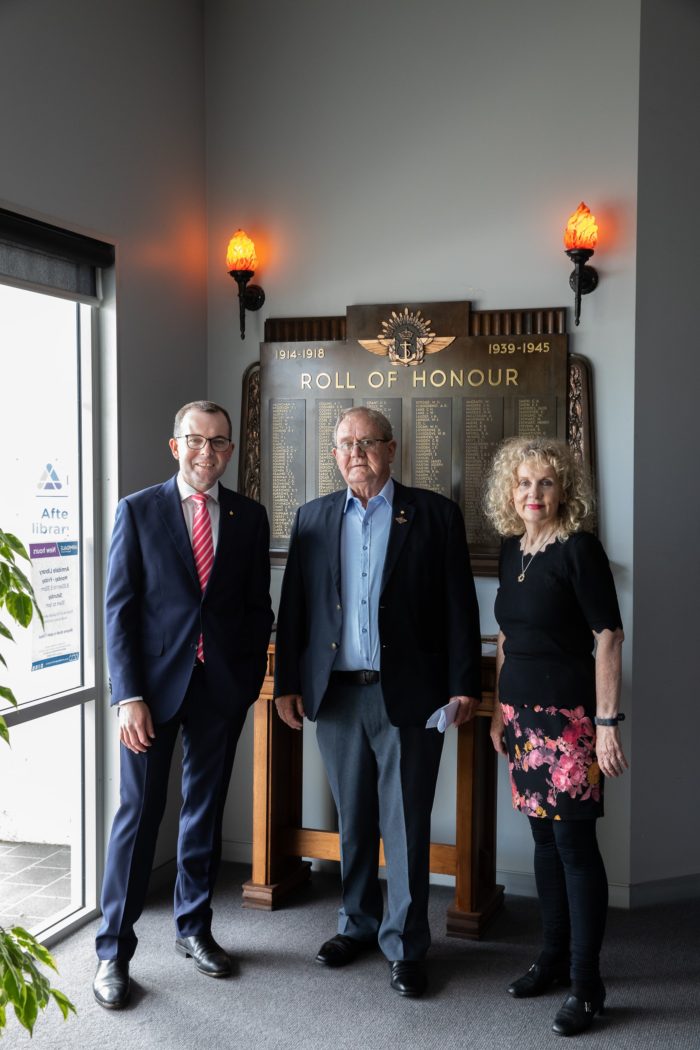 Mr Marshall said the Vietnam plaque will be proudly displayed along with the existing World War 1 and 2 honour rolls and Korean War plaque.

“The prominent positioning of the honour rolls at the front of Armidale War Memorial Library forces every visitor to give a moment’s thought to the hundreds of local men and women who have served our nation in conflict,” Mr Marshall said.

“The new plaque will bear the name of the 69 Armidale born servicemen who left home and fought during the Vietnam War, a number of whom never returned.

“Respecting the service and sacrifice of our veterans is a vital part of our Australian way of life and projects like this help to acknowledge their efforts and importantly enrich our local community.

“As a community we are very proud of their efforts and I am personally delighted Armidale’s Vietnam veterans will have such a prominent memorial now displayed in their honour.”

Armidale RSL Sub-branch President Max Tavener said there was still a number of Vietnam veterans living in the Armidale area, who would appreciate the recognition.

“This plaque is a memorial for those who served and a record for future generations to reflect upon,” Mr Tavener said.

“The sub-branch is working towards having the plaque completed and installed by August, so we can hold a special unveiling and commemoration on Vietnam Veterans Day.

“Vietnam Veterans Day will be held on August 18, in conjunction with the 55th anniversary of the Battle of Long Tan.

“We greatly appreciate the financial assistance from State Government and the representations made by Adam.”